“The only way we can straight things out is by definitive action… We want our freedom now.”

There are very interesting updates from Drake and Cobra this week. Both statements were in agreement with Fulford’s “Meeting’s Set for June 15-20th to End financial Crisis”. These updates will give us more insight into what’s going-on behind the scenes.

As we have posted last week, the WhiteHats were conducting a poll to check the pulse of the American public regarding the issue of peaceful surrender for the Cabal. Although, the poll is being allowed to continue indefinitely, the results as of June 12th were as follows:

This short term poll result is now being used as the fulcrum by which future WhiteHats’ actions will be based upon.

The National Economic and Reformation Act of 2000 [NESARA] as signed by then Pres. Bill Clinton will be the implementing guidelines of the resetting of the whole economy.

According to the website that Drake has recommended, Pathway to Ascension:

NESARA’s announcement and implementation will bring positive solutions to the major problems plaguing our nation and nations throughout the world. Some of the benefits are:

The benefits stemming from the above changes will impact positively every American’s life. Concern for the well-being of each American is built into the NESARA LAW.

We understand that this program will be replicated throughout the world as funds via the Collateral Accounts will be released for such purpose after the Dark Cabal has been properly dealt with.

The purpose of this mindboggling amount of hard currencies will be used for worldwide development as it has been agreed upon from the very beginning, i.e. much earlier than the time of Eisenhower and Kennedy. 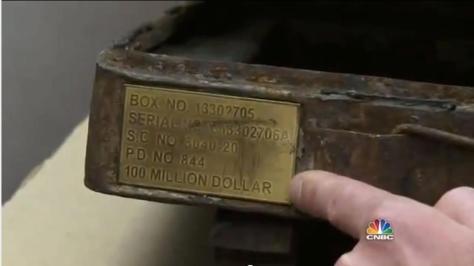 There’s also a claim that even the establishment of the Republic of the United States of America in 1776 was made possible thru Asian Gold, and the Chinese immigrants were actually volunteer-workers helping build critical infrastructures for the new republic that for a time served as the beacon for hope and freedom across the world.

The establishment of the Constitutional United States should have helped protect the Asians from the Anglo-Roman imperialist ambitions.

The number to call is…

… and demand for NESARA announcement, and for the immediate resignation of the 82nd Attorney General, Eric Holder.

That’s what Drake is asking every US citizen must do.

To the Pentagon hierarchy, Drake cries,

We want our freedom now!

We want our freedom now!

When asked what will be the signs of the final takedown, Drake mentioned these things:

Now is the time…

Cobra is claiming to be a Pleidian contactee, and one of the top negotiators representing humanity.

Key issues addressed by Cobra were the following: