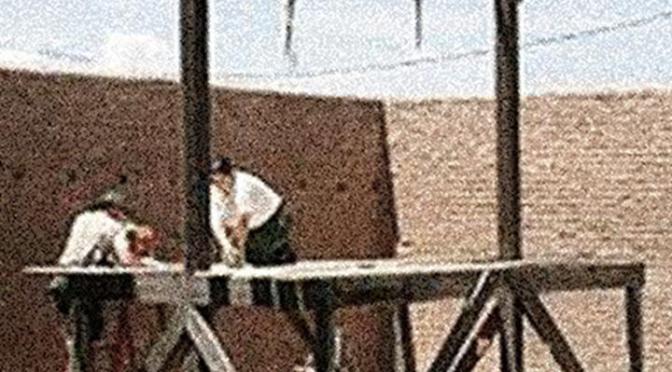 In America, the American Dream is still alive and kicking, i.e. they can still dream dreams and dreamers they still are. But in Iran they are already living those dreams.

Iran is a country that is far beautiful than what Hollywood could paint about it.

And they are sending those who are responsible for the current economic misadventure directly to the gallows.

Speaking to reporters here in Tehran on Monday, Iran’s Prosecutor-General and Judiciary Spokesman Gholam Hossein Mohseni Ejeii said that the court has finished probe into the case and the judge has issued verdicts for 39 suspects.

Ejeii noted that a number of other suspects have received lighter sentences.

The official further noted that in addition to the aforementioned decrees, the court has ordered the convicts to return the assets.

Iran has so far arrested and tied tens of suspects over a $2.6 billion bank corruption which was described as Iran’s biggest case of embezzlement ever.

This is probably one of the reasons why the bankers of the West are trying to pin down Iran through economic and military embargo. This obsession to Iranians’ demise has led to the escalation of “civil unrests” across the Arab region. Through NATO and UN, democracy is indeed flourishing in these countries after the dictators were overthrown.

Fabricated Al Qaeda Jihadists can always get the job done in so short a time.

Radical Islamists with “British accents” are among the coalition forces looking to topple Bashar Assad, says Jeroen Oerlemans, a photographer who was held hostage in Syria for a week. The UK Foreign Office has launched an investigation.

Oerlemans, a famous Dutch photo journalist, and John Cantlie, another photographer from the UK, were captured by a group of between 30 and 100 anti-Assad fighters when crossing the Syrian border from Turkey last week. They were then blindfolded.

“One of the black jihadists freaked out and shouted: ‘These are journalists and now they will see we are preparing an international jihad in this place.‘” Oerlemans told NRC Handelsblatt newspaper. He said that none of the fighters was Syrian.

“They all claimed they came from countries like Pakistan and Bangladesh and Chechnya and they said there was some vague ’emir’ at the head of the group.”

About 40 per cent of the militants spoke English. In fact, several apparently talked with recognizable regional British accents, from Birmingham and London.

A group of top Syrian opposition figures took courses in governing a country in Berlin. The training, partially sponsored by the US State Department, is meant to come in handy after the Bashar al-Assad regime falls.

The group consisted of over 40 individuals, including Syrian defector generals and members of the Muslim Brotherhood. They learned economics, law, security practices and other areas of governance, which would be needed in the transition period.

“We created a framework that basically made it possible for Syrian participants to focus on the kinds of challenges that would emerge in the course of a transition in each of those issue areas,” Senior adviser at the US Institute of Peace, Steven Heydemann told ABC explaining the program.

Part of the training involved a visit to the German authority responsible for the files of Stasi, according to a Haareеtz report. The Soviet-era secret police was dismantled and several of its officials prosecuted after the reunification of the country. The experience may be useful for the Syrian rebels, should they be required to decide how to deal with the numerous secret service organizations currently existing in Syria.

Lost Libyan Paradise in the Desert of Africa

The Libyans under Muammar Gaddafi were living that dream before the Cabalists thru NATO and United Nations decided to murder him just like what they did to Saddam. The West was claiming that both dictators were killing their own people by:

You should download that video to show everyone how fucked up we really are.

Russians Are Moving Away From US Dollar, Too

The Putin Leadership in Russia is moving towards the right direction which the rest of the world could only gaze at with envy. Months ago, he announced his desire to allow online public legislative participation that would usher new era of Online Democracy. Now, a party member wants to ban the US dollar from the Russian economy for good.

An MP who represents the United Russia majority party has prepared legislative amendments that would make the Russian ruble the only valid currency in the country, and put an end to dependency on the US dollar and the Euro.

Yevgeniy Fyodorov described the initiative in an interview with the Izvestia daily newspaper. He promised that the proposed bill would be made public in autumn, and declined to provide any details before then. Fyodorov said that the bill could require changes to the constitution, and that “currently the rouble is tied to the dollar and therefore cannot be the national currency.”

Fyodorov has a degree in economics, but has been a politician since the late 80s. He is currently a member of the Supreme Council of the United Russia party, and the chairman of the State Duma Committee for Economic Policy and Entrepreneurship.

Russia’s State Duma is considering a bill banning foreign banks from opening their branches in Russia, only allowing bank subsidiaries to operate in the country.

The reason of for the new bill is that branches of foreign banks, unlike subsidiaries, are not subject to Russian jurisdiction.

Hence they are not fully controlled by Russian regulators.They don’t have to make deductions to Russia’s reserve funds or submit statements based on international or Russian accounting standards to the Central Bank.

In the same vein, Putin is more than smart enough to get rid of pseudoNGOs that only serve as internal propagandists for the interests of the Cabalists by instigating civil unrest all throughout Eastern countries. 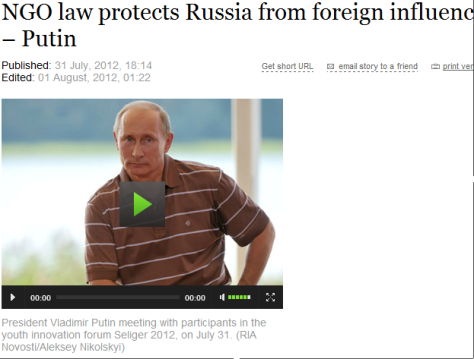 President Vladimir Putin says that by adopting the law labeling foreign-funded nonprofits involved in politics ‘foreign agents’, Russia, just like the US, wants to protect itself from external influence.

The Russian leader sees nothing wrong in requiring organizations that get funding from other countries to be registered as foreign agents.

“If foreigners pay for political activity, apparently they are expecting to get some result from that,” he noted speaking at an annual pro-Kremlin youth forum, Seliger.

The way we see it, Putin is more than qualified to lead the BRICS140 countries towards a FiatDollar-free world economy, a transition necessary which would pave the way towards a completely non-monetary based system, thru the release of free energy technologies.

It is very interesting to note that both China and Japan have already retooled their industrial sector to make way for these highly advanced scientific know-how, and have in fact covertly manufacturing these devices in mass for worldwide distribution later on.

Ironically, most of the visitors of this humble blog are Americans, and the rest of the English-speaking countries who are mostly suffering from this Global Mess that we are in right now. I mean no offense but my questions to all of you guys:

What exactly are you waiting for?

Do you really think that waiting for the Ninjas to assassinate the Cabalists is a good thing?

Is there an iota of dignity left if someone else will do the housecleaning for you?

Do we still need to see if the Keenan Lawsuit will prosper in these Corporate Courts?

Your bogus governments are systematically pinning you down each minute of everyday day. And still you do nothing.

I would rather be happy losing all page views just because you are gone doing something concrete beyond mere occupation of the streets and are all moving towards the ending of your Corporate Control Matrix.

Are all of us afraid of dying?

The truth is: nothing really dies in this world. Dying is simply a transition to a higher plane but it is what we do right now and in this reality that would make us a Better Spirit. We would retain all memories and mindset after the “dying” part because the Spirit is eternal. It is made up of the same energy that the whole of Nature is truly made of.

We are here to learn and haven’t we learned enough?

So when you go to sleep tonight, think not of yourself but the fate of your own children and theirs.

What would life be 25 years from now, here on Earth, if it is inaction we must choose?

Until we see the likes of Bernanke, Bushes, Clintons, the Rothschilds and the Rockefellers, the whole criminal gang in Washington, United Nations, Vatican and elsewhere, hanging on the gallows, the American Dream will still live on.

Sending these animals to where they could not cause mayhem anymore is our only option and the only thing left undone. The price for doing such would be more than living that dream that you’ve been having all your life.

The technological advances that are already here but misused would turn this planet into a Living Paradise that you were only promised to have in the afterlife. All promises that could only happen in the afterlife are just a way to delay and take away what is definitely yours right now.

There’s no afterlife for we won’t really die. And there’s no heaven there for there does not really exist. Heaven is right here, right now, if action must you take.

You are the jury and the judgment is yours.

The Eastern World is waiting…