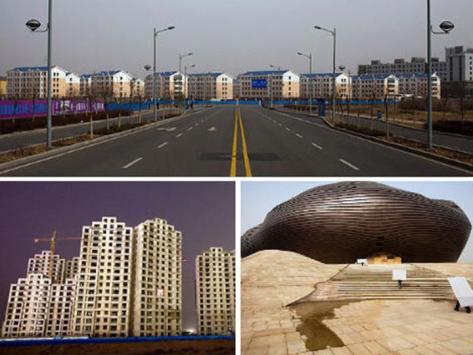 A lot of speculations have emerged as to why the Chinese are doing these not only in China but also in Africa. Are they going nuts? Some said that these empty cities are where the slaves of the system are to be housed. Aren’t we doing that already? Besides, these structures don’t look like FEMA concentration camps. In fact, these cities will be interlinked with one of the most efficient transport systems on Earth… 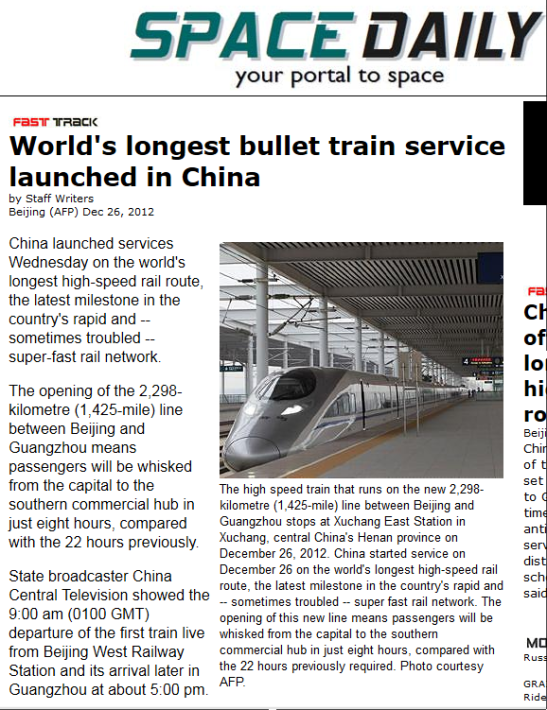 What is more glaring is that, while in normal circumstances the properties are already pre-sold especially in the case of China where the population is gaining decent wages to make homes more affordable, yet up until today these cities are still empty. Why?

These cities should have been populated already just as soon as the basic amenities are available so that the initial developers’ investment can be recoup right away as the developments continue on for the rest of the planned metropolis, but that is not the case here.

The Old Media won’t give us the answers as to why they are doing so. Instead, they love to play it down.

Perhaps we can answer that by first asking the question: Are the Chinese really that stupid, building modern cities with full amenities, in the middle of nowhere like in Mongolia? Or, are they too smart, they already knew that the immediate future needs cities like the ones pictured above to accommodate the abrupt increase in purchasing power, due to the release of massive prosperity funds, which the Chinese themselves are planning to do so once the Dark Cabal are fully defeated?

Think of the immediate effect on yourself once you got your first tranche of these packages, would you still go to work?

I believe most of the working class would go on vacation.

The production plants will stop operating, while demands for luxury items would increase as much as that of basic necessities. Do we really think that the Chinese who are planning to turn the current economic system upside down have not considered these potential “rest period” of human activity?

Of course, the rest period and confusion would only be temporary. Once the New Media would have explained to the people what exactly had happened, i.e. real history to establish a one world fascist government, and where we are going, i.e. Golden Age, that would be the time when people go back to work, and only by that time they will do it for the Common Good and not just for mere economic survival.

The fact is that China has outsmarted the West by using the same western economic deceptions to pull western economies down. Sun Tzu’s “The Art of War” comes to mind. And when it was time to pull the plug, they did so in 2007 causing the Lehman’s crash in 2008.

Both China and Japan are said to have begun, 2-5 years ago, retooling their industries in preparation for huge initial demands for portable free energy machines, and similar technologies. This was one of the reasons why the Fukushima disaster had to happen. But already, the new Japanese government, which is said to be unfriendly to the cabal, is expressing its intention to restart all nuclear plants.

Greenpeace activists would never talk about technologies that could convert all nuclear wastes from being radioactive to non-radioactive, and in the same process gain useful energy, too. The same activists also have never shown their support for Cold Fusion. Wonder why? Follow the money.

Those who fear China would attempt to invade other countries, or that she would support any attempt to hasten the implementation of a global fascist dictatorship, may have a false sense of history, as even when she had that capability to do so, she never did. “The recorded military history of China extends from about 2200 BC to the present day.” China could have conquered England early on , but conquering other races was farthest from her mind.

In contrast, the islanders from London did go to Asia to colonize India and the rest of Southeast Asia, while the Jesuits spread the falsity of their religion, a very effective mind control mechanism in which the effects can still be felt in countries like the Philippines.

For the Chinese and the rest of Asia, it’s all about peaceful coexistence. So the whole Asian continent produced goods that the West loves to buy until most of the gold ended up in Asia. In an attempt to recover what is not theirs anymore, Adam Smith wrote the book “The Wealth of Nations” which is a blatant threat to sow terror if all of the gold reserves are not put into a central repository where all nations could draw and issue their currencies from.

To avoid bloodshed, everybody complied, private possession of gold was made illegal, and countries physically delivered tons of gold bullion into what is now known as the Collateral Accounts.

The biggest swindle was consummated and the rest, as they say, is manipulated history.

So the next time you see Chinese civil engineers, each carrying transit instrument and magnetic compass, followed by a battalion of cranes and bulldozers, be aware that they are not building more FEMA camps, rather, they are plotting the next beautiful city designed in the spirit of Feng Shui.

One thought on “Ghost Cities of the Future”