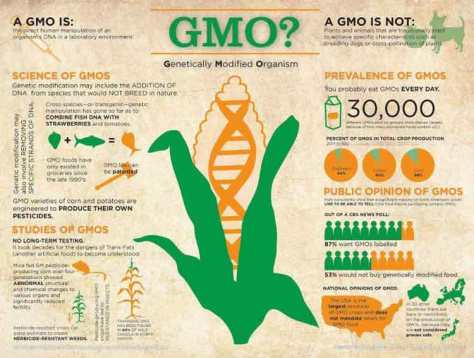 The company that’s been playing God with all of us is giving up its influence in Europe.

Monsanto epitomizes all that is evil in the world of Corporatocracy we are all in.

We should be aware that this company is everywhere. 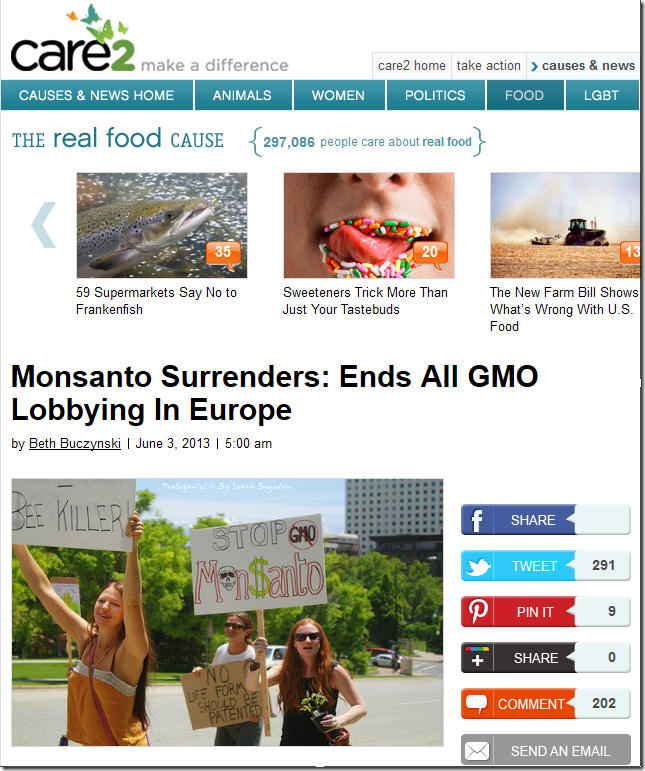 It’s almost surreal, but it’s true. Monsanto has officially give up its fight to spread genetically modified seeds and plants throughout Europe.

In a time when the power and political influence of Monsanto Co. seems nearly insurmountable, this is a huge victory for opponents of genetic engineering. For those in the U.S. and other countries where Monsanto’s stranglehold is palpable, it serves as a rally cry to keep up the good fight.

“We’ve come to the conclusion that this has no broad acceptance at the moment,” Monsanto Germany spokeswoman, Ursula Lüttmer-Ouazane, told Taz, a Geman newspaper. According to Reuters, European officials for Monsanto also told Taz “that they were no longer doing any lobby work for cultivation in Europe and not seeking any new approvals for genetically modified plants.”

Just as in the United States, millions of European citizens have spoken out against Monsanto’s unchecked control of agriculture through the use of patented, genetically-modified seeds and plants.

A recent poll in Europe found that 60% of respondents considered “Frankencrops” a threat to public health. In 2007, the United States launched a planned retaliation against European countries for refusing to take GMOs into their food chains. In 2009 Monsanto sued Germany because it banned these products, reported FarmtoConsumer.org in late 2012.

We should not stop the rage until the last seed of Monsanto is crushed.

We are very grateful to the following for the love and support they’ve given us for the month of June 2013: