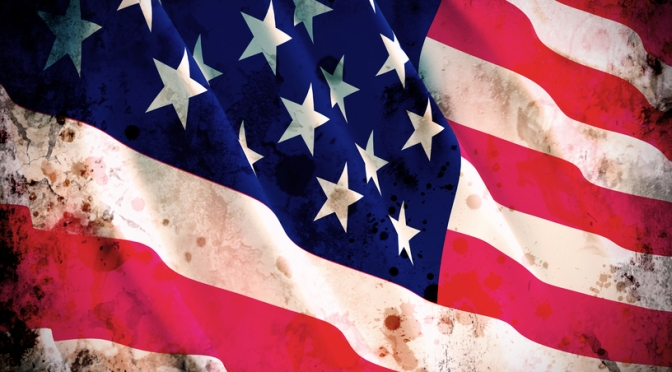 Planned obsolescence is the act of designing something to become obsolete or self destruct at a certain point in the future for the purpose of replacing it with something else. We see this with many of the things we use today, especially appliances, home furnishings and technology. We are expected to upgrade at regular intervals to keep up with the times.

It was not always this way. In the past many things were built to last, in some cases for many generations. There are many homes in the world that were built centuries ago and are as functional today as the day they were built. There are appliances built almost a century ago that still do what they were designed to do. There are cars and tools that are decades old that still function as intended.

Many of the items that were built in the past were overbuilt and as a result maintain their function. They were built at a time when society demanded and expected the things they used to last a lifetime. Many items were built to be repaired many times in their functional life extending their usefulness and making them a good value to the owners. At some point, that mantra changed.

As society grew some people realized that they could sell many more items in the future if the products they built only lasted a short while and required replacement. During the 20th century industrialization ran head on into planned obsolescence. Things could be made cheaper and profit margins would expand.

This can be seen in society today in the many things we use. Granted, technology is constantly improving making some things less useful but many of the things we use still work as they always did. Homes used to be built of solid timbers making them last hundreds of years. Today the standard building materials are cheap imitations of that bygone era and modern construction is not expected to last for more than a generation as old buildings are torn down to make way for new and improved designs and tastes.

Society has been conditioned to want and expect change. How many times have you seen mobs outside a store waiting for the release of a new product. They wait to buy a replacement for things that still work fine but are not new enough. They tear down old buildings made of brick and mortar and replace it with one made of tin and particle board. They are on a constant quest to replace the old with the new.

There is a good case to be made for maintaining the old. Once it is built or purchased you do not need to spend money replacing it. The simple act of maintenance and repair will allow you to spend future monies on other necessities. There are some in society that live by the broken window theory. They believe that a broken window is good for society. If a shopkeeper gets a broken window it will force him to spend money to fix it. The window maker makes money. The window seller makes money. The window installer makes money. What they do not understand is that this creative destruction does not allow society to increase its wealth. It is like paying a man to dig holes and another to fill them. You have not created anything new in the end.

When a person buys land and builds a good home on it, if that home is left to the next generation, they can add to it and use their newly earned money to increase their wealth. Over successive generations, the family can increase their wealth because it is the collective wealth of several generations that has amassed. If every generation has to start from scratch, they will only get so far. This is how many of the wealthy families in the world do it. The death taxes that many people are forced to pay when a relative dies is just one of the many ways the system is rigged against the individual. It is a way for the system to force the idea of planned obsolescence on people. It forces people to relinquish the old and start anew.

Planned obsolescence is not restricted to mere products anymore. It now also applies to nation states as well. The U.S. Constitution was made to last for all time. It was designed to adjust to changing culture and needs in society. For many years those in society that have no admiration for the past have sought to change our basic principles of self determination and replace it with planned societies. More and more in the past few years we have heard the chorus of those that profess the constitution is outdated and irrelevant in today’s society. They want us to move into the future. They want us to embrace their vision of what should be.

They want us to demolish the old brick and mortar building that has sheltered us for so long and replace it with a cheap new imitation. Just as our monetary system has evolved into something cheap and disposable, they want to move us away from the overbuilt constitutional structure that can be repaired and reused indefinitely and build a new structure that is cheap and disposable for easy replacement as the whims of society changes.

America is headed for planned obsolescence by a shortsighted, uneducated and careless society that values the enjoyment of cheap trinkets and quick fixes rather than the solid value of time tested products and customs. America is about to be changed forever and just like the older durable products that made their way to the landfills, America may someday find itself covered with dirt to be remembered only in history books.

Just like with our cars, houses, appliances and money, our current form of government that has provided us with prosperity, freedom and liberty for so long is now being engineered for premature destruction. The question is, will the people embrace the new version or will they fight to keep the older model a little longer. Only time will tell.

One of the sources of funds for the Cabal is Big Pharma. It also serves as the weapon of mass destruction via vaccine tainted with live virus it is supposed to protect us from, and the deadly chemicals used to treat our diseases that they caused through our GMO / pesticide contaminated food supply.

We are updating our DNS to www.geopolitics.co to make it more descriptive to our discussions here. Our old www.eclinik.co will be pointing to our healthcare site
soon.