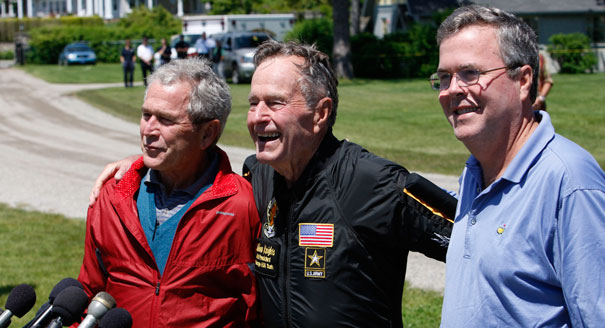 Such is the astounding message of the Pentagon insider to Ben Fulford this week.

The cabal is being systematically dismantled so “Just watch as it unfolds,” Pentagon says.

This is what a top Pentagon person has to say about the ongoing take-down of the Khazarian mafia: “Just Watch is as it unfolds. You will be tempted to get a pitchfork ready here and there but, just leave it in the closet. All should be accomplished without a shot being fired if everything goes according to plan.”

The key event to trigger all this was the deal between Russia, England, China, France, the United States, Germany and Iran to ensure Iran had the right to peacefully develop nuclear power without developing nuclear bombs. The fact of the matter is, according to two members of the Iranian Royal Family, that the Bush family sold neutron bomb tipped nuclear missiles to Iran years ago. The Iranians tried to give the weapons back to the Obama regime but were rebuffed, according to senior CIA sources.

In any case, the Iran nuclear accord means that a 30-year old campaign by the Khazarian mafia and their slave politicians in Washington and Tel Aviv to use Iran to start a world war has ended.

There is a huge ongoing attempt by the Khazarian mafia in Washington to try to overturn the agreement with Iran but, Senators and Congressmen who try to betray their own people will find themselves facing criminal charges of treason and accepting bribes from Israel, a foreign country.

“read the riot act,” according to Pentagon sources. What Carter is going to tell war-criminal Benyamin Netanyahu is that now that the Iranian nuclear issue has been settled Russia, the Vatican, the Pentagon, the EU, the Chinese etc. are demanding that Israel dismantle its own rogue nuclear program, the sources say.

Russian President Vladimir Putin said the deal “will contribute to fighting terrorism in the Middle East,” as well as “assisting in strengthening global and regional security, global nuclear non-proliferation” and “the creation in the Middle East of a zone free from weapons of mass destruction.” These public statements from Putin were backed up by a Russian White Dragon Society Member who said, “Russia is not going to take over from the United States as protector of Israel because it is not in our interests to do so.”

The push against the Khazarian mafia is a US military industrial complex and Russian co-production that has forced house slave acting-President Obama to read an entirely new script. The Chinese are taking a passive but supportive role in this campaign, Chinese and Pentagon sources say.

There is now a big push to either deny Netanyahu a visa to visit the UN in September or else to arrest him for war crimes when he arrives, multiple sources say. The same is true for many members of the Saudi rogue regime.

Furthermore, the Pentagon and its allies are pushing for an end to US military aid to Israel because it is against US law to send arms to a country (ie Israel) that is going against the nuclear non-proliferation treaty. Not only that, recently the Israelis have been actively using or trying to use nuclear weapons in Syria, Yemen, the Ukraine and elsewhere. However, for years the Pentagon has been putting back doors into weapons they have sold to Israel and Saudi Arabia meaning they can and are being be neutralized when needed.

7 thoughts on “Cabal Takedown? “Just watch as it unfolds.” – Pentagon”