Those who have fully consented to the actions of ISIS to target non-combatants in its battle with the Russian coalition, not only cheered for the bearded headcutters for what they did on the ill fated flight, but are now mocking the victims directly in more ways than one.

As you might already know, both the United States and United Kingdom are now claiming they have “intercepted” ISIS communication suggesting a bomb may have been planted onboard flight 9268 causing said plane to explode 20 minutes after take-off.

Under normal circumstance, both Obama and Cameron should have alerted the Egyptian and Russian authorities to avert the impending disaster, or as a matter of minimum diplomatic courtesy. Not one of them was human enough to do so.

This childish behavior gives further credence to the claim that they are not really in Syria to eliminate ISIS but to only use the terror group as pretext to bomb oil fields in Syria to decapitate the Assad government economically.

And for them to claim prior information right after the fact is mocking, not only the Russians’ genuine efforts to get rid of Middle East of terror to stop the flood of refugees, but most disrespectfully, the very memory of those who died from the attack which include 17 children.

It’s only right  that these people are removed from office in whatever means necessary.

Real warriors do observe an unwritten code of avoiding civilian or innocent casualties, but not for these psychopaths and their cohorts.

They also have a word for them, it’s called collateral damage, to emphasize the insignificance of human lives other than theirs.

According to The Times newspaper, UK and US intelligence services used satellite systems on Wednesday to intercept e-mails between the Islamic State (ISIL) jihadist group militants in the region of the A321 crash and those in Syria.

The newspaper added that the messages showed that the bomb could had been brought aboard by a passenger or by some of the ground personnel.

Earlier in the day, the British newspaper The Telegraph reported that the UK authorities had grounded flights to the Egyptian resort of Sharm el-Sheikh after data intercepted by their intelligence service pointed to an upcoming terrorist attack in Egypt.

On Wednesday, the Office of the UK Prime Minister David Cameron announced that all flights from Sharm El-Sheikh International Airport to the United Kingdom were to be suspended because of suspicion that the Russian airliner “may well have been” brought down by a bomb.

On Saturday, an Airbus A321, en route from Egypt’s resort of Sharm el-Sheikh to St. Petersburg, crashed on the Sinai Peninsula. All 224 people on board were killed in what has become the largest civil aviation disaster in Russian and Soviet history.

Moscow said that no theory on the flight crash can be excluded, and it was too early to point to one specific version of events.

Another psychopathic behavior is once again displayed by the Jewish community’s official instigator for racial violence. This cradle of pseudo journalism in Europe hosted the failed false flag terror attack early this year that culminated into another staged unity march.

This one single entity portrays all that is sick in our society today.

On Thursday, the magazine published two cartoons and a joke about the air crash over the Sinai Peninsula.

One of the pictures shows a jihadist of the Islamic State (IS) militant group and plane’s debris falling around him. The caption says “IS: Russian Aviation intensifies its bombing campaign.”

On the second drawing, a skull in sunglasses, lying on the ground amid the parts of the bodies and the plane’s debris, speaks about the dangers of flying with the Russian airline. The caption says: “The dangers of a Russian budget airline. I should have taken Air Cocaine.”

The cartoon apparently refers to what is known in France as the “Air Cocaine” affair, an incident with two Frenchmen accused of flying somewhat 680 kilos of cocaine from the Dominican Republic into France.

The cartoons have already been called blasphemy and insult to the memory of the victims of the horrible tragedy.

“I think it is blasphemy and a mockery of the memories of the victims of the tragedy. No mass media outlet should be allowed to do this, no matter which genre they specialize in,” said Igor Morozov, Russian parliamentarian and member of the Russian parliamentary Committee on Foreign Affairs.

“Laughing at the catastrophe that occurred in Sinai is unacceptable. Trying to be original, Charlie Hebdo just uses shock tactics. It forces one to recall the tragedy that occurred in January 2015. I think the journalists themselves provoke violence,” said the member of the parliament.

Charlie Hebdo is known for publishing controversial caricatures. On January 7, the Paris office of the magazine was attacked by Islamist gunmen who killed 12 people and wounded 11 after Charlie Hebdo published cartoons of the Prophet Muhammad.

Russian Foreign Ministry spokeswoman Maria Zakharova also commented on the cartoons on her page in Facebook with one single question: “Is anyone still ‘Charlie?'”

The comment refers to the slogan ‘JeSuisCharlie’ (I am Charlie) and hashtag campaign that grew spontaneously after the attack in January. It was used to show empathy with those killed in the attack.

Earlier in September Maria commented on another cartoon of Charlie Hebdo on the death of a Syrian child.

“You know why I am not JeSuisCharlie?” she then wrote. “Because, to my mind, they deceive both us and themselves by affirming that there are no forbidden topics for their humor. If it were really so, then we could understand a cartoon of a dead Syrian child (not accept, but only understand).”

“But only under one condition – if the next day after the attack they would have published a cartoon of their dead colleagues.”

This inhumane Sick Charlie behavior has no place in an advanced society like Europe but it has embedded itself right at the center of France, the supposed cradle of Liberté, égalité, and fraternité, under the cloak and justification of self-inflicted racial delusion called anti-Semitism.

One would wonder why these people can’t live in peace with others.

Why would they always find a need to pick a fight with somebody else? Are they just bored or suffering from an incurable sickness?

George H.W. Bush Was So Bored by Peace He Wanted to Quit 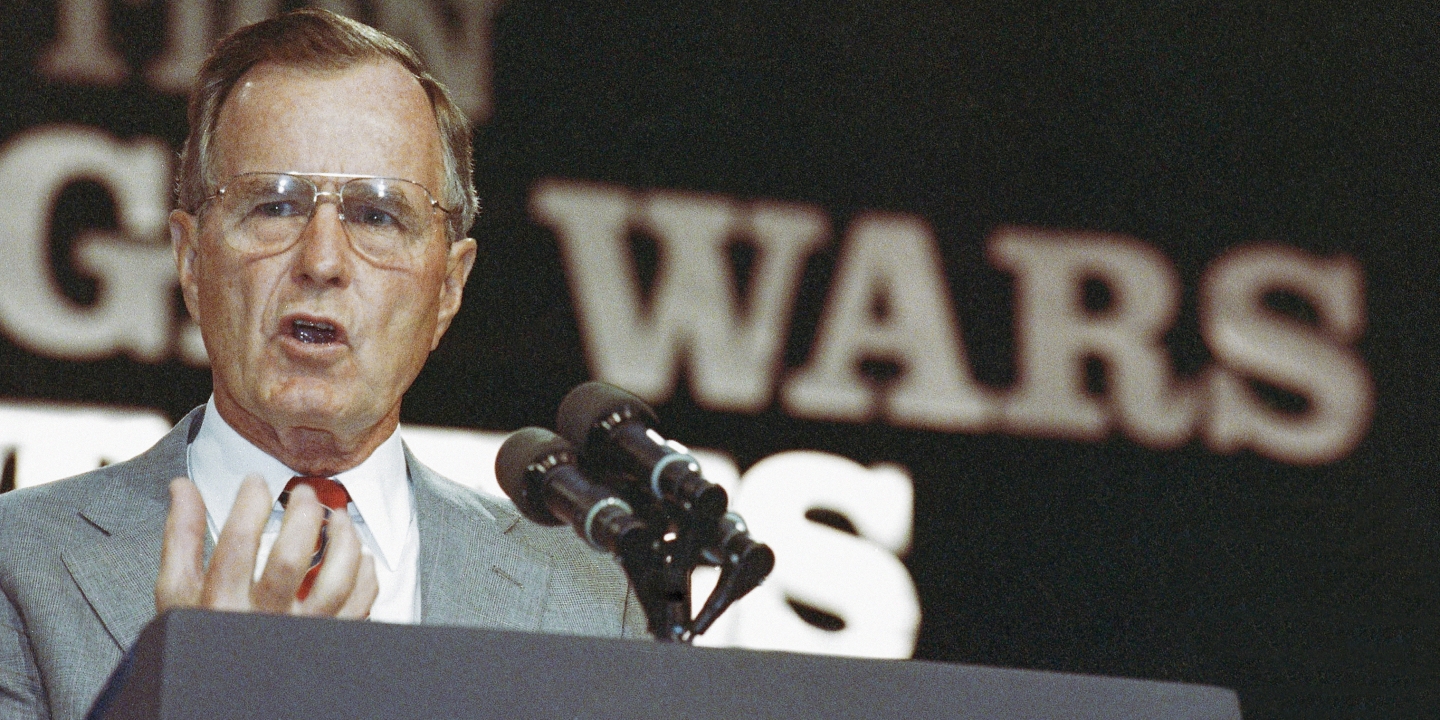 A new biography of George H.W. Bush is getting a lot of attention, mostly because of Bush’s criticism of Dick Cheney and Donald Rumsfeld. But there’s another revelation from Destiny and Power: The American Odyssey of George Herbert Walker Bush that is considerably more important and far-reaching.

Bush, according to the account in the New York Times, “suffered from a post-victory despondency after the Persian Gulf war of 1991 — a ‘letdown’ over no longer being involved in such a huge endeavor.”

“On March 13, 1991, just two weeks after Iraq capitulated in the gulf war, Mr. Bush fantasized in his diary about calling it quits after a single term,” the Times reported.

That’s right: Bush was so bored without a war to fight that he considered retiring rather than slog through another dreary day of being President of the United States.