Today is the first day of the Syrian ceasefire with legitimate oppositions only.

To make sure that the UN-endorsed cessation of hostilities be effective, a coordinating center is being established at the Hmeymim airbase where the Russians are launching their regular air sorties against ISIS.

Earlier, the Assad government has offered full amnesty and reintegration programs to rebel surrenderees, thousands of them have already availed of this program.

As of today, Russia is holding talks with 49 armed group representatives in Syria.

MOSCOW (Sputnik) — Officers of the Hmeymim airbase reconciliation center have conducted 49 talks with representatives of armed groups in Syria, the head of the center said Saturday.

“Work on the restoration of peace in Syria has been carrying out around the clock. The alerting on the possibility of the cessation of hostilities throughout the territory of Syria has been organized,” Lt. Gen. Sergei Kuralenko said.

Russian fighter planes are also now on standby to give way for those opposition groups to establish contact with the ceasefire coordinating body, and hopefully extend the ceasefire to a more permanent peaceful reengagement with the Syrian government.

A few days ago, hundreds of the remaining terrorists have crossed into the Turkish border under the cover of massive tank shelling against the Kurds in the area.

Prior to these developments, the Daesh terrorists were in the process of being encircled inside Aleppo and Raqqa, prompting both Daesh ISIS benefactors, Turkey and Saudi Arabia, to announce their willingness to send in thousands of ground troops into Syria to “continue fighting terrorism”, i.e. to bring down the Assad secular government.

Vladimir Putin has not let this mindless rhetoric go unnoticed and has warned in unequivocal terms that should both countries push through with their plan to avert the full neutralization of Daesh, and now, to ruin the ongoing Syrian ceasefire, Russia is more than ready to drop tactical nukes on both countries, a very reliable source said.

“A source close to Russian President Vladimir Putin told me that the Russians have warned Turkish President Recep Tayyip Erdogan that Moscow is prepared to use tactical nuclear weapons if necessary to save their troops in the face of a Turkish-Saudi onslaught. Since Turkey is a member of NATO, any such conflict could quickly escalate into a full-scale nuclear confrontation.

Given Erdogan’s megalomania or mental instability and the aggressiveness and inexperience of Saudi Prince Mohammad bin Salman (defense minister and son of King Salman), the only person who probably can stop a Turkish-Saudi invasion is President Obama. But I’m told that he has been unwilling to flatly prohibit such an intervention, though he has sought to calm Erdogan down and made clear that the U.S. military would not join the invasion.

So far, Erdogan has limited Turkey’s direct military attacks on Syria to cross-border shelling against U.S.-backed Kurdish forces that have seized territory from the Islamic State (also known as ISIS) in northern Syria. Turkey considers the Kurdish fighters, known as YPG, to be terrorists but the U.S. government sees them as valuable allies in the fight against Islamic State terrorists, an Al Qaeda spinoff that controls large swaths of Syria and Iraq.”

Saudi Arabia is said to possess nuclear weapons through its financing of the Pakistan nuclear program, and so this could get ugly if cooler heads in the House of Saud do not prevail.

For the last few months, Russia has been reactivating even its Cold War era nuclear arsenal, like the dreaded highly mobile nuclear platforms. 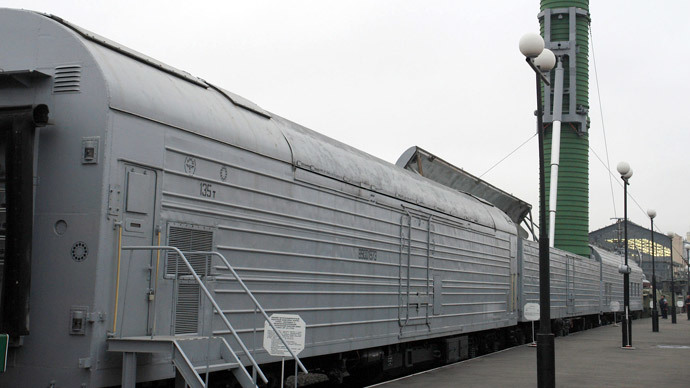 “A ‘nuclear train’ – properly called BZhRK, short for ‘combat railway missile complex’ in Russian – is a mobile platform for transporting and launching strategic nuclear missiles. Similarly to nuclear submarines, such trains are hard to wipe out in a preemptive strike because of their mobility and ability to be disguised as regular freight trains.”

China is also doing its own preparations…

“China this month tested a new rail-car-mounted long-range missile capable of hitting targets in the United States, according to American intelligence agencies monitoring the test.

A canister ejection test for a DF-41 missile mounted on a rail launch platform was detected December 5 in western China, defense officials familiar with reports of the test told the Washington Free Beacon.”

We believe that NATO will never allow itself to be dragged into a confrontation with the BRICS by Erdogan. At this point, NATO’s empty rhetoric is the only mixed signal that is feeding Erdogan’s grand delusion of another Ottoman Empire.

The White House has already made its position well known by working with Russia on the Syrian ceasefire. However, the secret government, lurking inside the CIA could still sprang up with a nasty surprise.

Aside from from the fiat monetary scam and blood-soaked petrodollar, another significant source of funds for the Nazionist Khazarian Mafia is the “healthcare” industry which registered a whopping $3.09 trillion in 2014, and is projected to soar to $3.57 trillion in 2017, in the US alone. We believe that this is just a conservative figure.