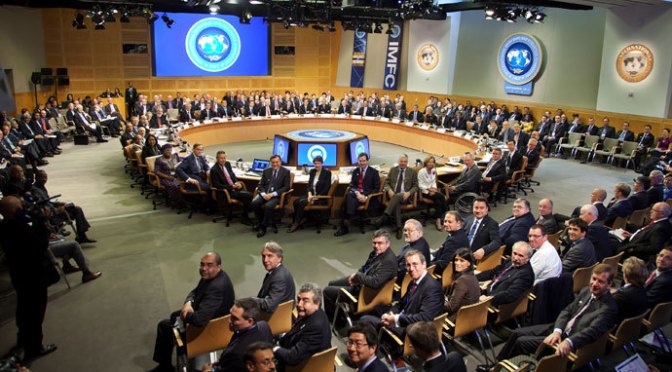 “Politicians and policemen love to use the phrase “rule of law” when they argue for their positions on certain issues such as criminality and economics.

Ordained by God, the Rule of Law is supreme and it should be the binding force that unites civilized men, we all are.

The problem is, rule of law does not always mean social justice.

Most of the time, the rule of law only masks the tyranny out of the moneyed class for they have the monopoly to hire “experts of the law” to defend them in times of aggression, i.e. their own aggression against the poor.

Therefore, in the end, the rule of law only favors tyranny and oppression, it is a sheer delusion to think otherwise.

The rule of law that we are subjected to is called commercial law, the Uniform Commercial Code, that kind of rule set which gives the semblance and color of law, i.e. those rules and statutes crafted by our representatives without our full approval.”

Under this representative government which provides the illusion of freedom and self-determination, through the deception that the rule of the majority equates wisdom even when that same majority are held in abject ignorance by the Few, our collective advancement is effectively retarded.

The pyramid of control that they made immune from the same rule of law that they had formulated is proof enough that the whole game is rigged to the core.

There is so much in store for humanity once those self-appointed rulers of the planet are brought down from power. We all have to take actions anywhere we can.

Corporations are not humans, and those who are behind corporate crimes must be brought down hard.

The action shown above must be replicated worldwide, and  Corporate Agents of the Crown lurking in government must all be removed.

Corporatocracy is socially corrosive and downright obsolete, only slaves need to participate in it.

If possible, the very foundation of corporatocracy that is the Satanic Vatican Church of Lucifer must be burned down to the ground so that true spirituality will rise again.

Aside from the fiat monetary scam and blood-soaked petrodollar, another significant source of funds for the Nazionist Khazarian Mafia is the “healthcare” industry which registered a whopping $3.09 trillion in 2014, and is projected to soar to $3.57 trillion in 2017, in the US alone. We believe that this is just a conservative figure.

14 thoughts on “Bring Down Corporatocracy”