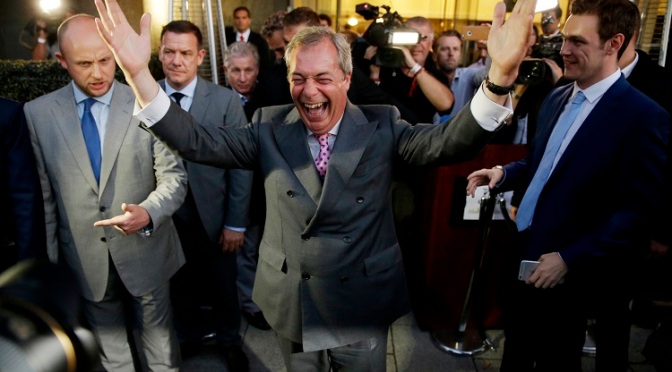 This the beginning of the end for the private corporate dictatorship known as the European Union Superstate.

The brave British people narrowly, but got the job done just the same, voted for Brexit, the euphemism for leaving the EU bankers’ megacorporation that is precisely aimed at facilitating continental control through the deliberate inducement of interdependency among member states.

Interdependency, of course, will make each one member state much weaker when abruptly left alone. This would mean that the Brexit will cause some amount of disruptions at its early stages.

Not to worry, we have nothing to do with that. We don’t benefit from that. It’s the corporate fiat economic system that is just a product of speculation and perception manipulation, and is totally disconnected to actual physical economy that really matters in our daily lives. We can always let them be.

But as soon as the British physical production infrastructure could rediversify completely, stability will then be achieved. That’s the Iceland experience, and that’s where UK started prior to the advent of the EU, to begin with.

The greatest accomplishment of this Brexit vote is the further weakening of the Rothschild dynastic imperialism over all European countries and the world at large.

This vote also manifested the fact that a critical mass of defiance has been reached and more than ever, the people are ready to take more responsibilities to make them worthy for the freedom they wish they have.

And the fallout has just begun… 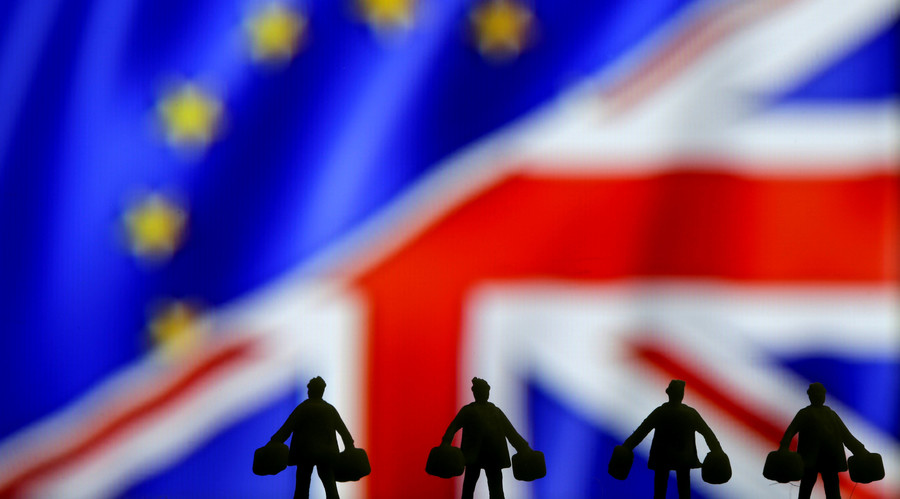 As UK citizens head to the polls for the ‘Brexit’ vote, many are speculating the move could have a domino effect across Europe. With Euroskeptic politicians gaining ground, polls show at least eight more countries could ‘want out’ of the EU.

A new survey has found that 40 percent of Austrians want their own referendum on EU membership.

The survey, conducted by Peter Hajek Opinion Strategies, found that 38 percent of respondents were in favor of an ‘Auxit.’

The poll, which surveyed 700 people, found that the biggest supporters of an Austrian referendum are those supporting the right-wing and EU-skeptic Freedom Party.

“We need a referendum similar to the referendum in Great Britain, so the people of Austria can decide,” Robert Marschall, leader of Austria’s EU Exit Party, recently stated in a VOA interview. 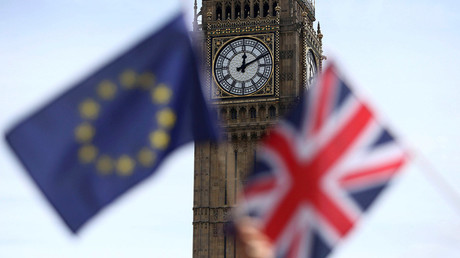 And though 53 per cent of the nation for the moment want to stay in the EU, the gap is not that big, especially compared to the results of the same survey conducted in 2014, which suggested only a quarter of the population supported the country’s EU exit. Moreover, last year, 260,000 Austrians signed an EU exit petition, forcing a referendum debate in parliament.

Polls recently conducted in Italy, France, Germany, Sweden, the Netherlands, Czech Republic and Hungary also showed that these countries could follow Britain if it succeeds in leaving the EU. Euroskeptic politicians in these countries have been adding fuel to the fire, stepping up their calls for EU-exits in light of the British referendum.

On Wednesday, French far-right leader Marine Le Pen stressed that France should have its own ‘Frexit’ vote.

“What I’m asking for is a referendum in France. Every EU member should be able to have its say in a referendum,” the National Front leader told France’s TF1 television.  A March poll by the University of Edinburgh found that 53 percent of the French are in favor of a referendum on leaving the Union. 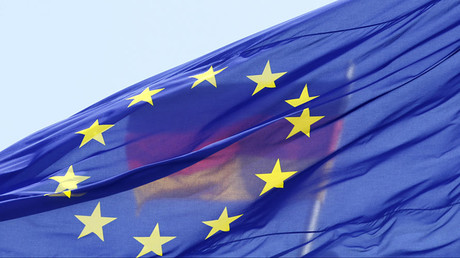 While a YouGov poll in May, commissioned by Handelsblatt newspaper, found that 29 percent of Germans would leave the EU if a referendum was to take place. Only 54 percent of those living in the country supported staying in the bloc.

The mood is reportedly the same in the Netherlands, with a February opinion poll finding that 53 percent of Dutch citizens want a ‘Nexit’ referendum. Geert Wilders, leader of the Dutch right-wing, populist PVV party, currently topping opinion polls, openly expressed hopes a ‘Nexit’ could follow a ‘Brexit.’

Calling ‘Brexit’ a “patriotic spring,” he told radio BNR the Netherlands should be the next country to leave the bloc to “[rediscover] its national identity, the nation where people get back in control of their own identity, borders and immigration.”

Meanwhile, a potential ‘Swexit’ could be in the future if Britain leaves the EU, according to the Swedish survey firm Sifo Research International, which found 36 percent would want out of the EU if Brexit takes place. However, as of right now, most Swedes want to remain in the bloc.

As for the Czech Republic, Prime Minister Bohuslav Sobotka said in February that “if Britain leaves the EU, we can expect debates about leaving the EU in a few years too,” CTK news agency reported at the time. A clear majority (57 per cent) of the Czech people are said to view EU membership of their country as a risk, according to a study by the Friedrich-Ebert-Stiftung.

Finally, a May poll by Ipsos Mori showed 58 percent of Italians and 38 percent of Hungarians are looking forward to a referendum on their EU membership. The latest number is also likely to rise as Hungary’s is headed by Prime Minister Viktor Orban, one of the loudest EU critics, who’s often opposed the idea of an EU super state and recently spoke out against Brussels’ handing of the migrant crisis, which recently became one of the key disagreements for EU member states.

For the time being though, people across Europe and the world await the outcome of Britain’s referendum. Polls close at 10pm local time on Thursday (21:00 GMT). The result is not expected to be known until 7am (06:00 GMT) local time on Friday.

Congratulations to the British people, coming us here from the Philippines.

9 thoughts on “Brexit Wins: Critical Mass of Corporate Defiance has been reached”