They are really taking their defeats in Syria and in recent elections to heart, as the Russian media network, and others like it, are taking much of their audience around the globe.

Add to this are the independent bloggers who are widening the discussion about pertinent issues of the day, and in some cases even discovering new ones purposely left out by the mainstream media.

In response to their increasingly undeniable irrelevance, an onslaught of anti-“fake news” propaganda were unleashed right away in recent days and in all major media networks and establishment blogs, against those sites where people are frequenting for their daily dose of verifiable news.

Interestingly enough, while they were doing that anti-“fake news” overdrive, the US Congress itself is passing a bill that for all intents and purposes acknowledges the effective delivery of Russian news outlets which should only be possible if the audience trust those sites.

Consider the House Bill no. 6393 which is aimed at countering “active measures by the Russian Federation to exert covert influence over peoples and governments. It places travel restrictions on personnel and consulars of the Russian Federation in the United States,” and passed without the noisy mainstream media ever talking about it.

These are signs that, unlike before, they are now accepting the fact about their own failure to influence much of the news consuming public, and one of these days, we shouldn’t be surprised if they might just start closing shop.

There is one summary for H.R.6393. Bill summaries are authored by CRS.

This bill authorizes FY2017 appropriations for the conduct of intelligence and intelligence-related activities of:

The bill also authorizes FY2017 appropriations for: (1) the Intelligence Community Management Account, (2) the Central Intelligence Agency Retirement and Disability Fund, and (3) the Privacy and Civil Liberties Oversight Board.

The ODNI must submit a five-year investment strategy for outreach and recruiting efforts in the fields of science, technology, engineering, and mathematics (STEM) that includes cybersecurity and computer literacy. Higher minimum pay rates may be established for positions that require STEM expertise.

The ODNI must implement a uniform policy to ensure the independence of inspectors general of the intelligence community, the ODNI, the CIA, the NSA, the DIA, the NGA, and the NRO. Inspectors general must report directly to Congress when an employee’s urgent concern involving classified information or false statements appears credible.

The bill also revises or sets forth requirements for:

Definitely, the decentralized “fake news” alternative media is gaining the upperhand as of now in the battle for the mind of the individual, and the responsibility and the risks have never been greater.

Remember that in March of this year, RT founder Mikhail Lesin, died under highly questionable circumstance in Washington, DC. 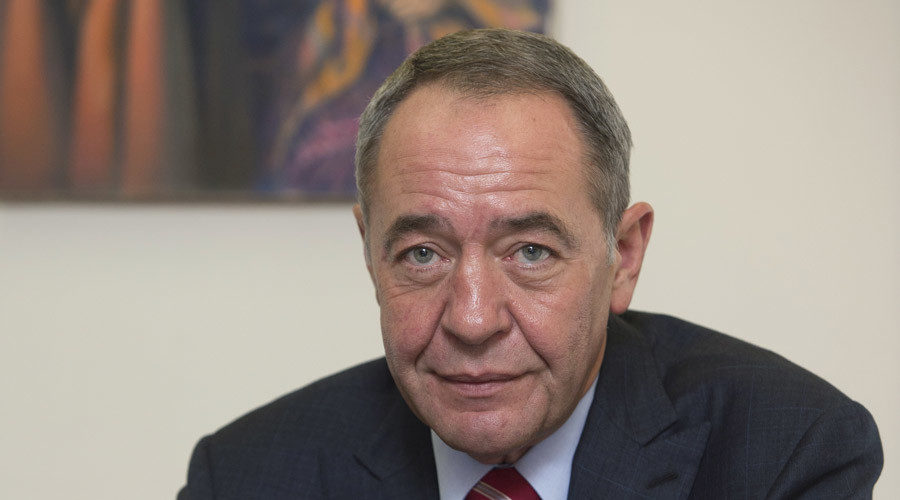 The investigation into former Russian Press Minister Mikhail Lesin’s death was referred to the Justice Department’s Criminal Division. Despite that, US media say authorities don’t see the death as suspicious, citing sources in law enforcement.

The New York Times has reported that the referral of Lesin’s case to the Justice Department’s Criminal Division in March was merely a formality, suggesting that no criminal investigation followed.

Citing the same unnamed sources, the New York Times says neither the FBI, nor the US Justice Department have been taking an active part in the ongoing investigation.

Four months later, in March, Washington police and a DC medical examiner announced the cause of death as blunt head trauma. They added that “blunt force injuries of the neck, torso, upper extremities and lower extremities” contributed to the 57 year old’s death.

He was a very close friend of Russian President Vladimir Putin.