On the eve of the complete recovery of Aleppo City, Rothschild puppet Obama issued a rather strange last minute attempt at saving the anti-Assad operation by granting a waiver for military restrictions on the nature of war materiel aid to US proxies, i.e. “moderate rebels” and Al-Nusra terror operatives.

A White House press release Thursday announced that foreign fighters in Syria supporting US special operations “to combat terrorism in Syria” would be excused from restrictions on military assistance.

“I hereby determine that the transaction, encompassing the provision of defense articles and services to foreign forces, irregular forces, groups, or individuals engaged in supporting or facilitating ongoing U.S. military operations to counter terrorism in Syria, is essential to the national security interests of the United States,” President Obama affirmed in the presidential determination and waiver.

The order delegates responsibility to the US secretary of state to work with and report to Congress on weapons export proposals, requiring 15 days’ notice before they are authorized.

Obama announced a similar waiver of the Arms Export Control Act in September 2013, following the Ghouta chemical attack in August of that year. That order facilitated the transfer of US military weaponry to “select vetted members” of opposition forces battling Syrian President Bashar Assad, while Thursday’s order appears less narrow in scope.

Why would he issue such 11th hour executive order after he admitted the US incapacity to topple the Talibans in Afghanistan? 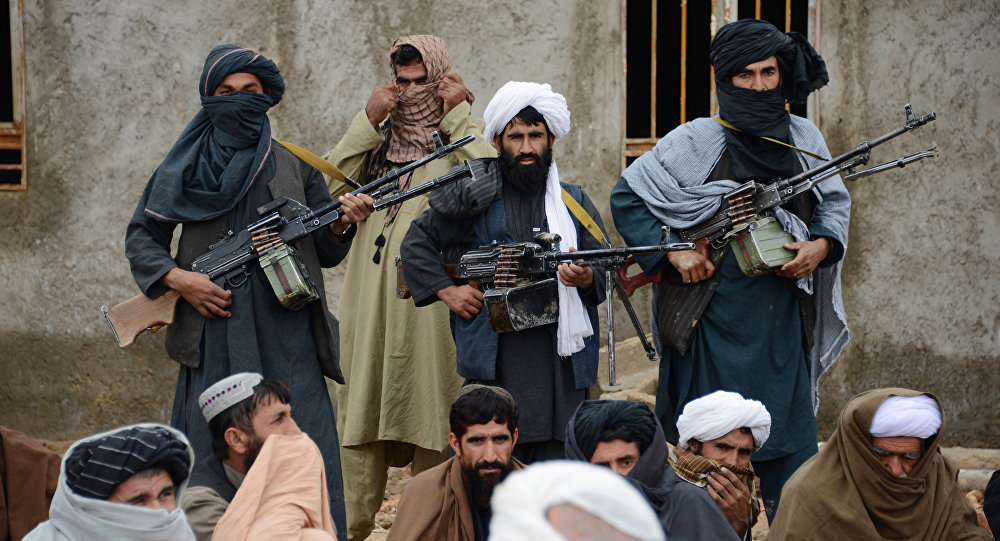 The most probable reason would be that once Aleppo is completely liberated, the full degree of US involvement on the ISIS misadventures in Syria and Iraq would be exposed for all the world to see.

“Civilians who escaped from terrorists talk about new crimes committed by militants of the so-called moderate opposition in eastern Aleppo. Cases of torture, public executions and massacres of the population have been confirmed.”

All they could do now is to keep on imposing all sorts of sanctions against all Syrian allies as if they still control everything just like before. Yet, while Russia and China have been buying more gold and other physical assets, the West keeps losing on the economic front, and they just don’t care because they, the policymakers, are all insulated from these crises.

While the politicians are barking at the Russian-led operations, US and EU companies are expressing their interest in getting back to the Russian market.

Carter Page, a former adviser to US President-elect Donald Trump’s presidential campaign, told Sputnik that US and European companies are interested to “get back” to the Russian market.

“There is a high level of interest amongst US as well as European companies to get back to the Russian market. This interest cuts across a diverse array of sectors,” Page told Sputnik. He also commented on the recent Rosneft privatization deal. Page believes that efforts to punish the Russian oil giant have backfired and primarily hurt Western companies. “The hostile efforts to punish Rosneft and their senior management team through Western sanctions have primarily hurt Western companies, rather than their intended target. This week’s innovative transaction underscores these constraints, as many other potential strategic investment partners were excluded,” Page said.

The Obama desperate countermeasures to salvage the dire Daesh situation in Syria, and the expression of unwillingness on the part of the business sector in the West are proof enough that the people are tired of wars and sanctions.

Still, tangible actions beyond the choice of “lesser evil” need to be done by the Europeans. The rise of the Pirate Party in Iceland is a good template.

Elsewhere in Asia, the Khazarian Empire continues to lose some of its cooperative regimes. South Korean President Park is impeached.

South Korean lawmakers voted overwhelmingly on Friday to impeach President Park Geun-hye over an influence-peddling scandal, setting the stage for her to become the country’s first elected leader to be expelled from office in disgrace.

The impeachment motion was carried by a wider-than-expect 234-56 margin in a secret ballot in parliament, meaning more than 60 of Park’s own conservative Saenuri Party members backed removing her. The votes of least 200 members of the 300-seat chamber were needed for the motion to pass.

The Constitutional Court must now decide whether to uphold the motion, a process that could take up to 180 days.

Russia and Japan are also inching closer to a settlement of the Kuril Islands dispute.

Andrei Fesyun, an expert at the Higher School of Economics in Moscow, said that setting up joint ventures on the islands was a highly complicated issue.

“There was an idea to build a spa hotel there and other things but there are more to this than just economic gain for business. For the Japanese the Kuril Islands are a very sensitive issue and what Prime Minister [Shinzo] Abe is now doing is nothing short of a heroic feat. He is the first Japanese Premier to openly say that he wants to have better relations with Russia. I can imagine how much resistance he has to deal with, that’s why I don’t think we should expect any quick breakthroughs here. One thing is clear: we are now ready to meet and talk things over,” he said.

… Fumio Kishida arrived in Moscow on December 3 for a two-day visit ahead of President Vladimir Putin’s planned official trip to Japan later this month. Lavrov said that Kishida’s meeting with President Putin on Friday showed directions in which Japanese-Russian relations should progress.

Meanwhile, Japan’s Foreign Ministry has expressed hope that President Vladimir Putin’s visit to Japan on December 15-16 would further strengthen relations between the two countries. According to the statement, Putin will meet with Japanese Prime Minister Shinzo Abe in Nagato and in Tokyo.

The fall of the South Korean puppet government, and Japan’s peaceful re-engagement with Russia, will make it impossible for the installation of the US THAAD missile system in both countries.

We are hoping that all of these positive developments should not make way for any desperate attempt at pushing the red button, as predicted by multiple sources.

The conquest of Syria is part of the Rothschild “Greater Israel” plans.