This is why you should double-check any media reports involving images of “wounded children” in Syria. The Egyptian police have prevented another fake story from appearing on your screens. Watch how those fakes are crafted.

CAIRO (Sputnik) — Egypt’s police detained a man for making staged “wounded children” photos, which he was planning to use to misrepresent on social media as photos of destruction and injured people in Syria’s Aleppo, the Egyptian Interior Ministry said on Monday.

“The shooting team, which included photographer’s assistants and parents of the children, was detained in the Egypt’s province of Port Said,” the Ministry said on Facebook.

According to the Ministry, the police witnessed the shooting process, which was taking place near the vestiges of a building destroyed as illegal under the decision of the local authorities.

A girl standing in a white dress covered in “blood” that later proved to be paint drew attention of a police officer driving by. The girl held a teddy bear covered in the same “blood” and had her arm “bandaged”.

The photographer reportedly admitted that he was going to publish these photos on social media as pictures of Aleppo. 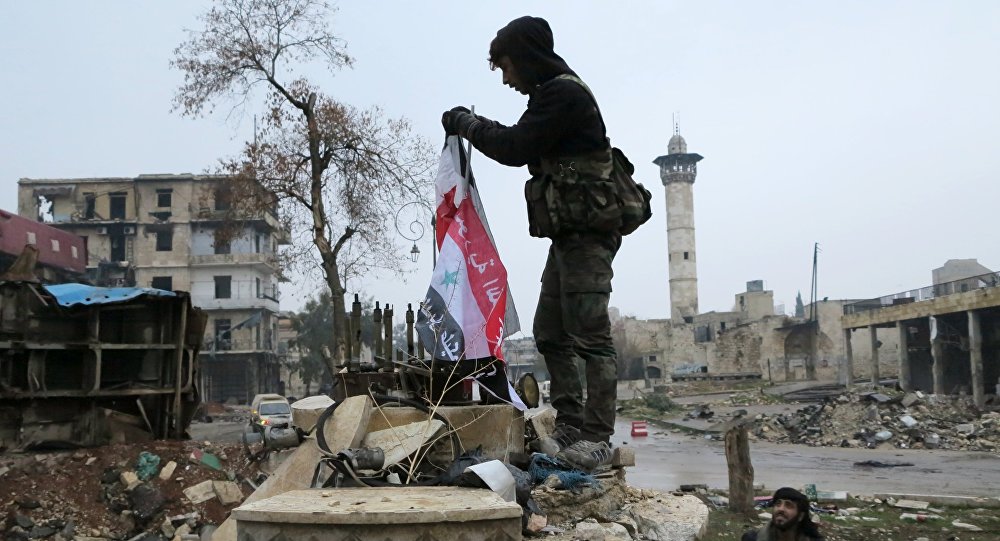 In an interview with Sputnik, Igor Nezhdanov suggested that despite the wide array of fake videos about Syria, the story always remains the same.

On Monday, the Egyptian Interior Ministry said that the country’s police detained a man for making staged “wounded children” photos, which he was planning to post on social media. He had intended to claim that they were actual photos of destruction and injured people in Aleppo.

Commenting on the matter, Nezhdanov said that those who produce similar fake videos with images of children hope that they will provoke strong emotions among viewers.

He referred to a whole array of similar fake footage related, in particular, to a humanitarian convoy and children, filmed by Daesh terrorists.

“It seems that all these fake videos have one and the same scenario. Why do they release so many fakes?

We have up to 70 percent of the people with “videoclip thinking”, who believe everything they see on screen. The filmmakers [behind] the fakes capitalize on these people, seeking to create a relevant plot.” – Igor Nezhdanov

He praised the Russian Defense Ministry for successfully exposing the fake videos pertaining to Syria.

According to the Egyptian Interior Ministry, the police witnessed the filming process, which was taking place near the remains of a building which the local authorities had decided to condemn and have demolished.

A girl standing in a white dress covered in “blood” that later proved to be paint drew attention of a police officer driving by. The girl held a teddy bear covered in the same “blood” and had her arm “bandaged”.

After he was detained, the photographer reportedly admitted that he was going to publish these photos on social media as pictures with inscription “the Blood of Aleppo’s Children.”

As for the girl, she told the police that “Uncle Mustafa”, who looked like a 25 year-old man, brought her to an abandoned building by bus.

“Uncle Mustafa said that I need to wear this dress stained with blood so that he can take a few photos,” RIA Novosti quoted the girl as saying.

She also said that it was “Uncle Mustafa” who offered her to pose as a wounded girl from Aleppo.

It’s not the first time that the mainstream media were caught, but they are running out of budget to create a more elaborate show, like they did just a few years ago.