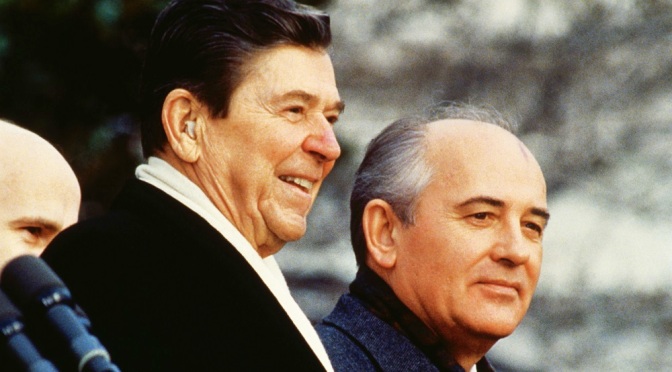 When Mikael Gorbachev shook hands with Ronald Reagan to “tear down the wall,” it was with the understanding that the US would not attack Russia in any form, in the future. 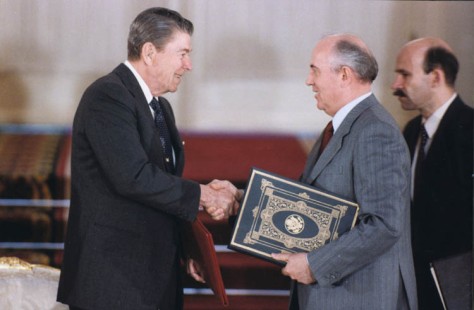 Not only that the US reneged on that solemn contract in the late 80s, it’s now back to the “Russians are evil” Cold War rhetoric.

Not to mention the constant, behind the scenes claim that a certain Leo Wanta has made some trillion bucks betting against the Soviet currency, as per Reagan instruction to use the gains of that currency warfare to help the US economy. Is there any iota of morality to the claim?

So, instead of reducing the animosity of the Cold War, the West is sending troops and war materiel along the Russian border, and the continued installation of missile defense systems in Europe, South Korea and Japan, which can easily be used to send nuclear warheads into Russia and China, are not helping either.

That’s the current situation that some Russian patriots cannot tolerate anymore. They have prodded Vladimir Putin and all other high-ranking Moscow officials to stop wasting their time talking to anybody from the US and EU, and start looking South, i.e. Asia, instead.

[Just turn CC on for subtitles]

In the video above, it is noticeable that the President of Russia is diligently taking some notes as patriot Vladimir Zhirinovsky delineates the rationale, of historic proportions, about why Russia needs to go southward.

So that, it should not come as a total surprise why Syria boldly shot down an Israeli jet operating in Palmyra, days ago.

It was the Russians who provided a real time target coordinates to the Syrian Army.

Although they are now downplaying their losses as the standard practice, the Israeli air defense force is reportedly shocked at the realization that they can be shot down anytime their arrogance compelled them to intrude on other territories, by an “upgraded Russian S-200 interceptor.”

Aside from being actively involved in the toppling of the Western-Zionist terrorist invasion of Syria, the Russian military is also now preparing to mediate with the rival factions, if not topple outright the UN recognized government in Tripoli.

A small contingent of Russia reconnaissance and military advisory group is reported to have landed in the outskirts of Egypt near the Libyan border.

WASHINGTON/CAIRO Russia appears to have deployed special forces to an airbase in western Egypt near the border with Libya in recent days, U.S., Egyptian and diplomatic sources say, a move that would add to U.S. concerns about Moscow’s deepening role in Libya.

The U.S. and diplomatic officials said any such Russian deployment might be part of a bid to support Libyan military commander Khalifa Haftar, who suffered a setback with an attack on March 3 by the Benghazi Defence Brigades (BDB) on oil ports controlled by his forces.

The U.S. officials, who spoke on condition of anonymity, said the United States has observed what appeared to be Russian special operations forces and drones at Sidi Barrani, about 60 miles (100 km) from the Egypt-Libya border.

The apparent Russian deployments have not been previously reported.

This latest Russian activity follows the reported talk between Libyan warlord Khalifa Haftar and his Russian counterparts aboard the Kuznetsov aircraft carrier.

“On January 11, 2017, Commander of the Libyan National Army Marshal Khalifa Belqasim Haftar paid a visit to the heavy aircraft-carrying cruiser Admiral Kuznetsov, traveling to its home base as part of the Northern Fleet’s air carrier group,” the statement said.”

Khalifa Haftar is recognized to be a powerful warlord who controls not only the eastern part of the war-torn country, but also most of its vast oil deposits.

Libya is now torn between rival armed factions, Daesh and Al Qaeda included, with at least two of them issuing non-interchangeable bank notes that are expected to plunge the country further back with inflation, the primary objective of the Khazarian Jews to counter the late Muammar Gaddafi’s gold-backed African continental currency.

Aside from actively involved in resolving the Middle East quagmire, and a solid multi-faceted cooperation with China through the Shanghai Cooperation Organization and the BRICS Alliance, Russia is now actively pursuing a peaceful resolution to its Kuril spat with Japan, among other progressive cooperations,

The Russian defense minister said that Russia informed Japan on the current situation in Syria and invited the country to join the demining program.

… and has started engaging the ASEAN countries in more concrete terms.

Russia Steps Up Efforts to Win Friends Across Southeast Asia

The highest ranking Russian military official to visit Thailand in a decade will wrap up four days of talks Friday as Moscow further deepens ties with Southeast Asia.

Since hosting the first ever meeting of Association of Southeast Asian Nations defense ministers in Moscow last April, Russia has worked to diversify its economic, diplomatic and security ties throughout the region. That includes longtime U.S. allies in the region like Thailand and the Philippines, as well as Vietnam, Laos and Indonesia, according to an appraisal of its 2016 diplomatic outcomes.

Russia intends to reestablish its military bases in Vietnam and Cuba.

Likewise, Philippine President Rodrigo Duterte is now on an official visit to Myanmar and Thailand, as a prelude to his visit to Russia next month.

This obvious realignment of alliances across the Asian region is only the latest manifestation of the once covert efforts to undermine the Khazarian influence around the world.

We would have preferred to see the recently installed US administration to be part of this global effort to rid the planet of the Khazarian Mafia, but it seems that Goldman Sachs operators are still in control of the White House.

While other observers have already made their verdict, we are down to four months before we will conclude that indeed Trump is just another shill for The Enterprise.