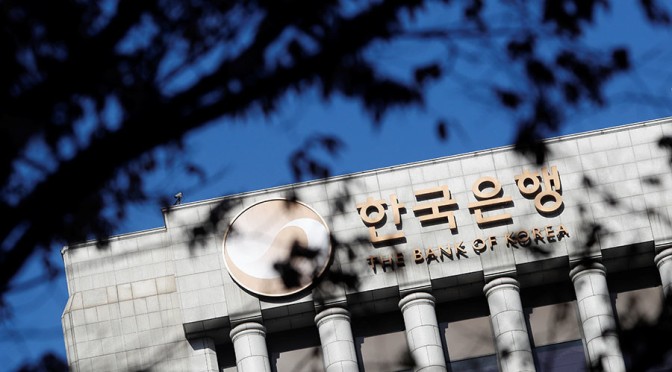 As we have reported a while ago, cryptocurrencies are the brainchild of the CIA and it doesn’t want anybody to trample on them. Aside from disobeying the Deep State by reengaging the North Koreans to a peaceful resolution of the more than half a century crisis, the South Korean government is cracking down on CIA cryptos, too.

That’s too much for the Deep State. A chilling message must be sent to the SK authorities ASAP.

A government minister involved in Seoul’s regulatory crackdown on digital currencies was found dead at his home on Sunday, reportedly from a heart attack.

Jung Ki-joon, 52, was head of economic policy at the Office for Government Policy Coordination. The official coordinated measures for developing new legislation to curb cryptocurrency speculation and illicit activities, according to a South Korean government spokesman, as quoted by the Wall Street Journal. The police launched an investigation into the death.

The official had been under excessive stress since assignment to the position at the end of last year, according to his colleagues, as quoted by local news agency Yonhap, which initially reported the incident. The newspaper also reported a heart attack as the cause of death.

According to the government spokesman, “he died from some unknown cause. He passed away while he was sleeping and his heart had already stopped beating when he was found dead.”

South Korean authorities announced tougher steps towards cryptocurrency trading in the country in December. Since then, regulators have announced such measures as taxation of cryptocurrency exchanges, banning them from issuing new trading accounts.

The steep measures in South Korea, once a global hub for bitcoin trading, triggered a plunge in the entire cryptocurrency market, which lost nearly half of its value earlier this year.

This week, cryptocurrencies recovered significantly after South Korea confirmed there would be no ban. Seoul pledged to oversee transparency in the crypto market, starting with a crackdown on anonymous trading accounts.

But they just kill the man just the same.

Deep State coercion is nothing new in geopolitics. It’s the rule rather than the exception.

There will be more needless deaths for as long as the brave and the free people of America continue to limit their collective rage to keyboard patriotism, and ignore the high crimes of their own agencies overseas.

As far as the cryptocurrencies are concerned, here’s probably the best way to described them:

“This [cryptocurrency] is not just a bubble. It is not just a fraud. It is perhaps the outer limit, the ultimate expression, of the ability of humans to seize upon ether and hope to ride it to the stars…

But is it not glorious that when the equivalent of nothing attracts priests and parishioners who run up the price, the very willingness of the mob to buy it at higher and higher prices is seen as validation of the thing, rather than an indication of the limitless ignorance of swaths of the human race?” – Paul Singer