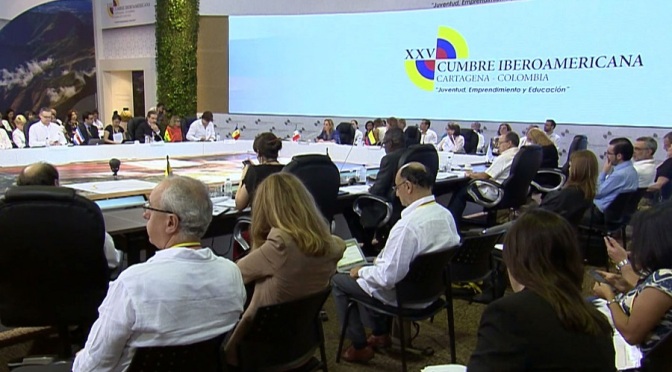 EIR’s Intel Director for Ibero America, Dennis Small, discusses the recent agreement of the CELAC nations (all nations in the Western hemisphere except U.S. and Canada) to participate in China’s Belt and Road Initiative.

This includes the Caribbean Basin nations that stand to gain the most from developing themselves as major connection points along the BRI’s maritime routes.

With momentum building behind China’s Belt-and-Road Initiative (BRI), with more projects announced each week and more nations joining, the would-be enforcers of the old, collapsing paradigm gathered in Bavaria for the annual Munich Security Conference.

With a few notable exceptions, the message from the western “elites” was one of pure geopolitics, that they must work together to counter the BRI. What can be done to bring western governments to join the New Paradigm?

4 thoughts on “Ibero-America Joins China’s BRI, Will North America Be Next?”