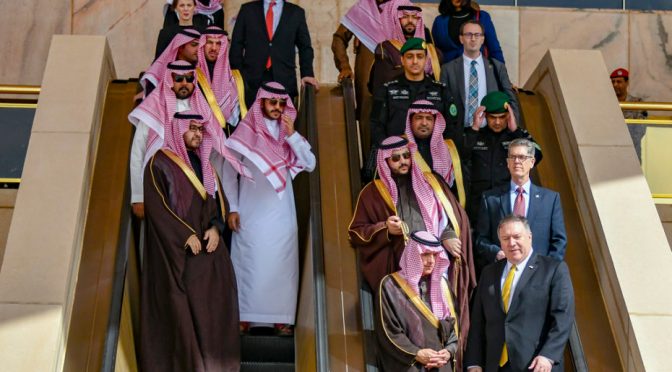 There are monsters among us. Every day I read about an American “plan” to either invade some place new or to otherwise inflict pain to convince a “non-compliant” foreign government how to behave. Last week it was Iran but next week it could just as easily again be Lebanon, Syria or Venezuela.

Or even Russia or China, both of whom are seen as “threats” even though American soldiers, sailors and marines sit on their borders and not vice versa. The United States is perhaps unique in the history of the world in that it sees threats everywhere even though it is not, in fact, threatened by anyone.

Just as often, one learns about a new atrocity by Israelis inflicted on the defenseless Arabs just because they have the power to do so. Last Friday in Gaza the Israeli army shot and killed four unarmed demonstrators and injured 300 more while the Jewish state’s police invaded a Palestinian orphanage school in occupied Jerusalem and shut it down because the students were celebrating a “Yes to peace, no to war” poetry festival. Peace is not in the Israeli authorized curriculum.

And then there are the Saudis, publicly chopping the heads off of 37 “dissidents” in a mass display of barbarity, and also murdering and dismembering a hapless journalist. And let’s not forget the bombing and deliberate starving of hundreds of thousands innocent civilians in Yemen.

It is truly a troika of evil, an expression favored by US National Security Advisor John Bolton, though he was applying it to Cuba, Venezuela and Nicaragua, all “socialist” nations currently on Washington’s “hit list.” Americans, Saudis and Israelis have become monsters in the eyes of the rest of the world even if in their own minds they are endowed with special privilege due to their being “Exceptional,” “Chosen by God” or “Guardians of Mecca and Medina.” All three countries share a dishonest sense of entitlement that supports the fiction that their oppressive and often illegal behavior is somehow perfectly legitimate.

To be sure not all Americans, Saudis or Israelis are individually monsters. Many are decent people who are appalled by what their respective governments are doing. Saudi citizens live under a despotism and have little to say about their government, but there is a formidable though fragmented peace movement in slightly less totalitarian Israel and in the United States there is growing anti-war sentiment. The discomfort in America is driven by a sense that the post 9/11 conflicts have only embroiled the country more deeply in wars that have no exit and no end. Unfortunately, the peace movement in Israel will never have any real power while the anti-war activists in America are leaderless and disorganized, waiting for someone to step up and take charge.

The current foreign policy debate centers around what Washington’s next moves in the Middle East might be. The decision-making will inevitably involve the US and its “close allies” Israel and Saudi Arabia, which should not surprise anyone. While it is clear that President Donald Trump ordered an attack on Iran before canceling the action at the last minute, exactly how that played out continues to be unclear. One theory, promoted by the president himself, is that the attack would have been disproportionate, killing possibly hundreds of Iranian military personnel in exchange for one admittedly very expensive surveillance drone. Killing the Iranians would have guaranteed an immediate escalation by Iran, which has both the will and the capability to hit high value targets in and around the Persian Gulf region, a factor that may also have figured into the presidential calculus.

Trump’s cancelation of the attack immediately produced cries of rage from the usual neoconservative chickenhawk crowd in Washington as well as a more subdued reiteration of the Israeli and Saudi demands that Iran be punished, though both are also concerned that a massive Iranian retaliation would hit them hard. They are both hoping that Washington’s immensely powerful strategic armaments will succeed in knocking Iran out quickly and decisively, but they have also both learned not to completely trust the White House.

To assuage the beast, the president has initiated a package of “major” new sanctions on Iran which will no doubt hurt the Iranian people while not changing government decision making one iota. There has also been a leak of a story relating to US cyber-attacks on Iranian military and infrastructure targets, yet another attempt to act aggressive to mitigate the sounds being emitted by the neocon chorus.

To understand the stop-and-go behavior by Trump requires application of the Occam’s Razor principle, i.e. that the simplest explanation is most likely correct. For some odd reason, Donald Trump wants to be reelected president in 2020 in spite of the fact that he appears to be uncomfortable in office. A quick, successful war would enhance his chances for a second term, which is probably what Pompeo promised, but any military action that is not immediately decisive would hurt his prospects, quite possibly inflicting fatal damage. Trump apparently had an intercession by Fox news analyst Tucker Carlson, who may have explained that reality to him shortly before he decided to cancel the attack. Tucker is, for what it’s worth, a highly respected critic coming from the political right who is skeptical of wars of choice, democracy building and the global liberal order.

The truth is that all of American foreign policy during the upcoming year will be designed to pander to certain constituencies that will be crucial to the 2020 presidential election. One can bank on even more concessions being granted to Israel and its murderous thug prime minister Benjamin Netanyahu to bring in Jewish votes and, more importantly, money. John Bolton was already in Israel getting his marching orders from Netanyahu on the weekend and Pence was effusive in his praise of Israel when he spoke at the meeting in Orlando earlier in the week launching the Trump 2020 campaign, so the game is already afoot. It is an interesting process to observe how Jewish oligarchs like Sheldon Adelson contribute tens of millions of dollars to the politicians who then in turn give the Jewish state taxpayer generated tens of billions of dollars in return. Bribing corrupt politicians is one of the best investments that one can make in today’s America.

Trump will also go easy on Saudi Arabia because he wants to sell them billions of dollars’ worth of weapons which will make the key constituency of the Military Industrial Complex (MIC) happy. And he will continue to exert “maximum pressure” on Iran and Venezuela to show how tough he can be for his Make America Great audience, though avoiding war if he possibly can just in case any of the hapless victims tries to fight back and embarrass him.

So, there it is folks. War with Iran is for the moment on hold, but tune in again next week as the collective White House memory span runs to only three or four days. By next week we Americans might be at war with Mongolia.

Philip Giraldi Ph.D., is the Executive Director of the Council for the National Interest.

Cripple the Deep State organized criminal cabal and eliminate the threat of cancer at the same time by boycotting Big Pharma for good.

10 thoughts on “Troika of Evil: Monsters Walk the Earth”