There are reasons why only the Oathkeepers.org is linked from the military category on the right side of the pages on this weblog. We learned early on that the prestigious Veterans’ Today is a huge high level psy-ops tool. These people are more sophisticated than Alex Jones and Jesse Ventura combined. Why not? Gordon Duff, … END_OF_DOCUMENT_TOKEN_TO_BE_REPLACED

We’ve written about the potential dangers from Usurpers of the Revolution before. In light of new observations, we are compelled to write another. In one of the episodes of Jesse Ventura’s Conspiracy Theory, he tackled about the issue of Time Travel. From an article in Exopolitics, we understand that it is the most closely guarded … END_OF_DOCUMENT_TOKEN_TO_BE_REPLACED

There’s no denying that peoples on this planet are beginning or have already awakened to the monstrosities humanity have been subjected to for thousands of years. The same people who are already seeing the control matrix in its full glory are now ready to revolt. However, we could not avoid looking at a possible hijacking … END_OF_DOCUMENT_TOKEN_TO_BE_REPLACED

The Gods of Political Intrigue, i.e. Jesuits, are hard at work again. Alarmed at the unprecedented number of those who toppled their one-year old Morsi government; they are now playing a subtle game that would ultimately result to another Syria, or so they are hoping. The motivation to overturn the gains of the Egyptian Revolt … END_OF_DOCUMENT_TOKEN_TO_BE_REPLACED

As billionaire pedophile and alleged sex-trafficker, Jeffrey Epstein, sits in prison, reports have continued to surface about his reported links to intelligence, his financial ties to several companies and “charitable” foundations, and his friendships with the rich and powerful as well as top politicians. 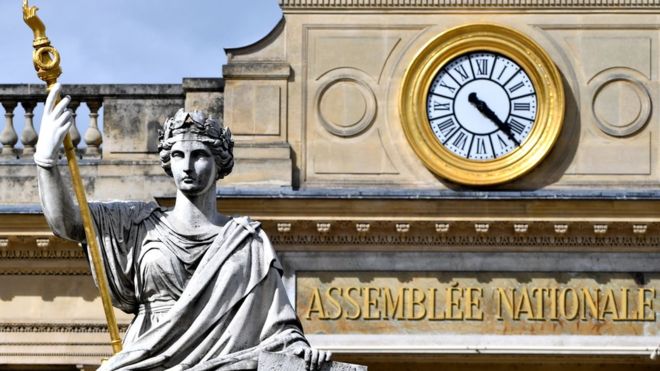 The leadership of the Western G7 alliance is in the middle of a civil war pitting an English alliance against a Germanic alliance, multiple sources claim. The arrival of a new British-educated Emperor in Japan and the re-arrest last week of former Nissan/Renault Chairman Carlos Ghosn are part of this war, according to Japanese military … END_OF_DOCUMENT_TOKEN_TO_BE_REPLACED

The Bundy Ranch villain and traitor, former Senate Majority Leader Harry Reid, is going to join John McCain and George Bush Sr. and be executed for treason, Pentagon sources say.  Like McCain, Reid will officially die of cancer and be allowed, as condemned men are, the right to a few last words, the sources say.  … END_OF_DOCUMENT_TOKEN_TO_BE_REPLACED

The secret war for the planet earth has been intensifying and is headed for some sort of climax.  For that reason, before the autumn battles begin, it’s a good time to look at some of the world’s most important secret societies and the governments, religions, and agendas they are associated with.

These days, reading The New York Times and other Khazarian mafia corporate propaganda is like reading Pravda just before the fall of the Soviet Union.  Nobody believes their lies.  Yet even they are being forced to report that the Soviet Socialist European Union is in deep trouble.  That’s because U.S. President Donald Trump and Russian … END_OF_DOCUMENT_TOKEN_TO_BE_REPLACED

In a historic moment of poetic justice, most of the U.S.-based top perpetrators of the fake “war on terror” have now themselves been renditioned to the U.S. Navy camp in Guantanamo Bay, Cuba, Pentagon sources say.

Over 1,400 years later Khazarians are still proliferating unimaginable destruction, death and evil everywhere they go, only much worse than ever. 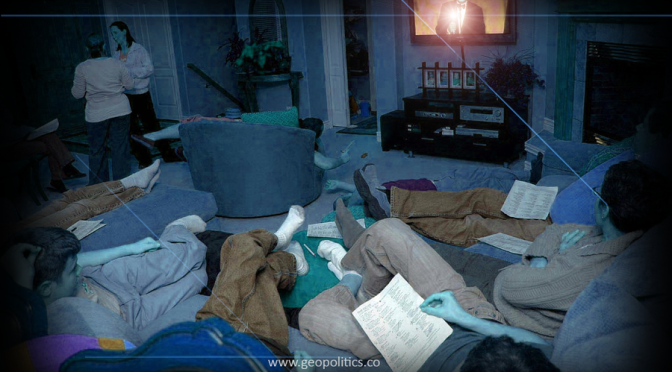 Mass Mind-kontrol — it’s been going on since the time of Nimrod and ancient Babylonia. And it’s sinister and evil beyond words and description. Since Roswell it has taken a new sinister turn that defies imagination.

Fully loaded oil tankers are anchored in ports worldwide, while solar panels are getting cheaper by the day as global competition heats up. The global energy reset has begun.

by benjamin May 9, 2016 There are serious and undeniable changes now taking place at the highest levels of the world’s power structure. First, as already noted by Neil Keenan and others, US President Barack Obama told the Washington Press corps at the Whitehouse correspondents dinner on April 30th that “the end of the republic … END_OF_DOCUMENT_TOKEN_TO_BE_REPLACED 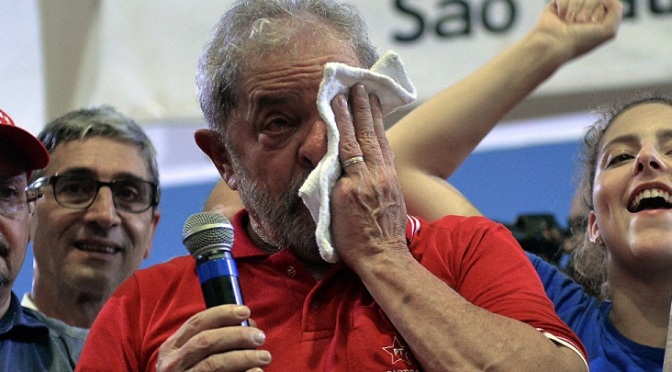 Some Brazilians reacted negatively to our recent article on Brazil who are basically saying that Lula has been a corrupt leader and so his successor President Dilma Rousseff after him. However, Pepe Escobar, who is currently based in Brazil, is saying that’s not the whole story.

A former State Department foreign service officer’s new book provides a shocking, timely, and credible circumstantial case that ties the U.S. training of Islamic radicals to our nation’s major foreign policy disasters in the Mideast during the past quarter century.

The new global development bank is now online and is ready to serve governments of the world. This is the official inauguration of the new financial system that will usher in a new era of massive economic development for humanity. 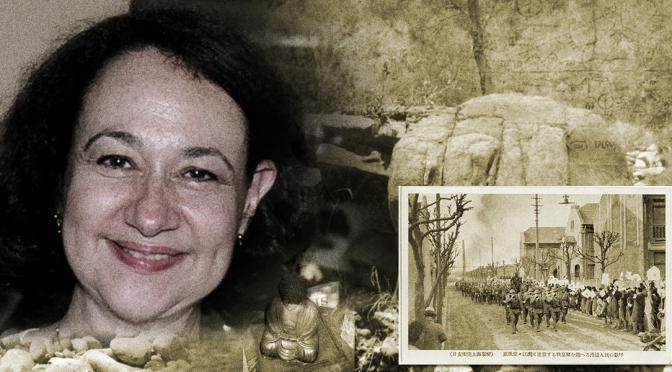 There are multiple parties that have been using the fabled Marcos Gold, Yamashita Treasures, and bogus Maharlika land titles for extracting “membership and processing fees” from unwitting victims.

Having accepted the glaring facts that the obsolete paradigm is on its way out, there’s now a lot of intelligent speculations as to where exactly are we going.

The Khazarian Mafia (KM) is a worldwide Organized Crime Syndicate that has deeply infiltrated and hijacked the political institutions of the United States of America.

by benjamin April 28, 2014 Barack Obama, spokesperson for the United States of America Corporation, tried and failed to cash some forged “Kennedy bonds” during his trip to Asia last week, according to Japanese royal family sources. The bonds can be seen here: kennedy bonds-1 If you note, one of the bonds has a picture … END_OF_DOCUMENT_TOKEN_TO_BE_REPLACED 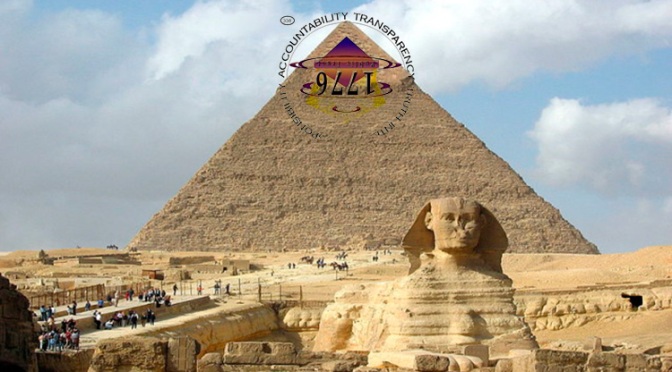 Recent articles have proven links between OPPT and the White Dragon Society to which Ben Fulford serves as its “unpaid” spokesman. Ben Fulford, as most of us know, is tied to the Gnostic Illuminati to which Alexander Romanov serves as its representative. Romanov claimed earlier that his organization has moles in every intelligence organization on … END_OF_DOCUMENT_TOKEN_TO_BE_REPLACED

The ongoing global mass movements of varying forms brought about by the rising tide of awakening are pushing the Old Paradigm down the drain. However, there seems to be competing groups vying for the front seat of the new economic realities that will soon take over the throne occupied by the Federal Reserve. The most … END_OF_DOCUMENT_TOKEN_TO_BE_REPLACED

We have raised the alarm early on about the possible Jesuit infiltration in the global freedom movement. Only a few have noticed. We wholeheartedly understand why. We’re just a small fry in the muddy pond. We have written several articles on how Jesuit infiltration could happen: –          Hijacking a Revolution – April 1,  2012 –          … END_OF_DOCUMENT_TOKEN_TO_BE_REPLACED 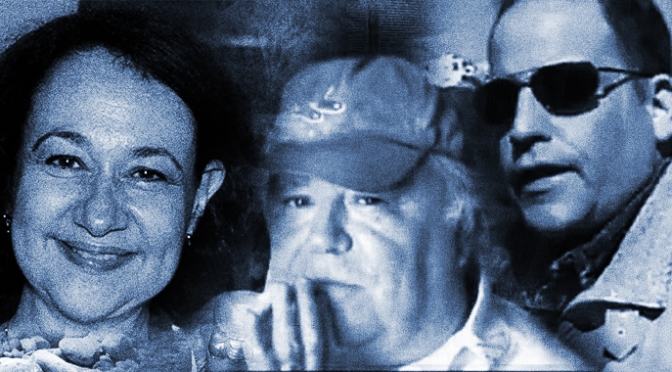 This is a very disturbing article to which we are reconsidering our subscription to Fulford’s weekly reports on GeoPolitics, in this most crucial times. Perhaps, this would explain the inconsistencies of Ben Fulford’s stand regarding the Vatican’s role post mortem. Remember, the White Dragon Society, to which he is acting as the spokesman, made a … END_OF_DOCUMENT_TOKEN_TO_BE_REPLACED