It was said that a picture is worth a thousand words.

Yesterday, Keenan and his team released this photo update with regards to the fight for the Collateral Accounts which is tantamount to a fight for all our freedoms. Such funds will be used for worldwide eradication of poverty, wars, diseases, and environmental destruction.

The image below portrays Keenan ramming the Cabal with a “Bundestank”… suggesting that any moment from now, the final version of the $ Trillion Lawsuit will be filed that would trigger the mast arrests of the those who still remain at large. 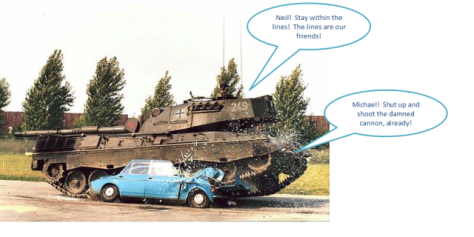 The desperation on the part of the Dark Cabal is probably the reason why another “terror attack” was launched yesterday. I would like to believe that the Boston Marathon Finish Line terror would mean that the fight against the Cabalists is approaching the finish line.

The job is not done yet but we are getting there.

To the victims and their families, if there are any, our heartfelt sympathy. 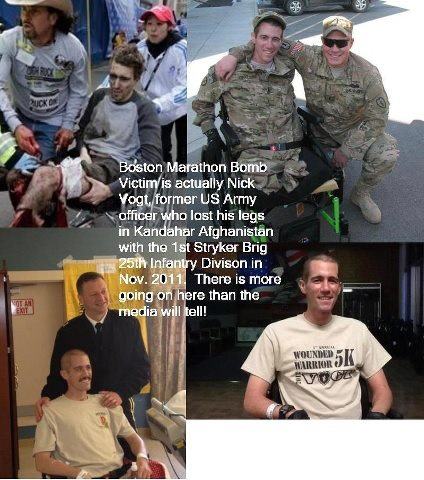 A decision was made decades ago that to effectively change the system is to fight within that system while letting the mind soar.

Recently, due to the persistent prodding of my cousins, I took a break from my 5D explorations and found myself in a political campaign sortie of my [ex-] brother-in-law, a recently retired police general who’s running for mayor in my little hometown.

So, while Keenan indulged himself with a healthy Asian Massage, I took this rare opportunity to make some people’s heart happy. Sit back and get ready to fall in love once again 😉

Just in case it’s your first time to be in this blog, my town is also a direct victim of the fight for global economic control. Sadly, those who were entrusted for the redevelopment of the town, out of the generous amounts of worldwide help that the local government received since 2006, didn’t live up to our expectations.

Up to Php 700 million of government funds can’t be accounted for during the 6-year term of the incumbent mayor, who happens to be a schoolmate in my university days. The only partial explanation of where the money went is the Php 40 million residential house constructed in a posh Cebu City hillside. [I’ll be getting photos of this property with its happy occupants in a few.]

The man with the orange jacket in the video is a proven reformist. He is a fighter against known gangsters and criminal coddling, abusive politicians alike. No wonder these politicians abhorred his antics, while fellow officers admire and respect him dearly. His name is Ret/Gen Napoleon Cuaton. In 2001, he was awarded as one of the Ten Outstanding Policemen of the Philippines [TOPP].

With sterling track records to show, he is the first qualified administrator to hold the mayoral position of my town since its establishment in 1954. But it is still up to the locals who will give their final verdict come May 13th.

I have never renewed my  registration with the Commission on Elections, nor participated in any political actions since 1998. This means I won’t be voting in the coming local elections.

The popular pro-poor president, Joseph Estrada, who was elected that year was removed by the CIA through a Jesuit Puppet via a military coup led by B/Gen Angelo Reyes, who later blew his head off in front of his mother’s grave.

Ex-President Gloria Macapagal Arroyo, who benefited largely on his coup is now under a hospital’s arrest.

We are in the final stages of the work on the second edition of our highly praised ebook “Towards Healthcare Emancipation” in which the first version can still be downloaded for free right here.

After the publication of the second edition, we will begin working for the first edition of “Towards Energy Emancipation” ebook. We will do it with the same fervor and in the same spirit as the first ebook. This is our way of forcing the Emancipation Agenda of the Common Man.

We hope you’ll continue supporting us all the way. We do need everyone’s help. Thank you very much in advance.

We are very grateful to the following for the love and support they’ve given us for the period between March 26th and April 2013: