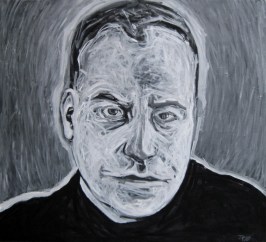 Last week the cabal controlled media in the West tried to pretend the Rio summit was a failure even though $513 billion was pledged by 100 nations to fight poverty and environmental destruction. It was a cabal failure because $513 billion that, in the past, would have been handed over to the rich by the poor is instead being given by middle income countries to the poorest countries. This is undeniable proof the international boycott of the war-mongering, mass murdering leaders of the United States and many European countries is intensifying. The cabalists are trying to pass the pain on to their own slave people and this is why there is a “financial crisis” in the West.

The cornered cabalists are threatening, yet again, to start WW3, this time in Syria, but they know they will all be hunted down and killed if they seriously try to carry out their plan to murder 5 billion people. They have only one choice, and that is to appear in front of a truth and reconciliation committee and ask for forgiveness.

There are no deadlines being given because you cannot give a deadline to a dying monster, you just have to wait for nature to take its course.

In fact the Rockefellers, Rothschilds and other cabal families are even now negotiating with the White Dragon Society for a win-win solution to the ongoing stand-off. These negotiations have reached many agreements in principle.

Essentially, the Rothschilds and Rockefellers want to continue to be plutocrats carrying out massive investment projects even as they understand the days of secret, centralized control by a family run cabal must end. The question is whether the military and agency types are feeling generous enough to allow them amnesty in exchange for appearing before a truth and reconciliation committee.

In any case, there will be a meeting between a Rockefeller representative and a White Dragon representative in Asia this week that may clarify things somewhat.

There is a lot of talk of arrests this week, notably from “Drake,” however, our direct sources cannot confirm this. As David Icke pointed out, this writer has in the past quoted sources claiming deadlines that came and went with nothing happening. That is why we no longer quote specific deadlines.

The White Dragon Society itself has never put out a specific deadline. It merely tries to drain the financial swamp until all the swamp creatures are flushed out. However, since it is hard to know exactly how many creatures there are or how deep the swamp is, it would be a mistake to come up with specific dates. If some sort of mass action was planned, we would certainly not give the bad guys any advance warning.

However, we do have some interesting new disclosures to make. A Chinese communist government source revealed some interesting secret history that is useful as background information to the current “financial crisis.”

The information was corroborated by a CIA source.

The story is that when President Nixon formally recognized the Chinese communist government in the early 1970’s he gave them some of the gold that the Chinese Nationalist government had evacuated to the US in the 1930’s. In exchange, he asked the Chinese to help the US avenge their humiliation in Vietnam. The Chinese communists agreed and kept their promise by invading Vietnam in 1979. When they did that, the Soviet Union sent a large tank army into the desert region of China. Deng Xiaoping then ordered that army destroyed with a hydrogen bomb. After that, the Chinese withdrew from Vietnam to prevent the situation from escalating out of control.

This explains the sudden warming between China and the US in the 1970’s. It also explains the difference of opinion between the Nationalist government in Taiwan and the mainland Chinese government over the rights to some of the historical gold.

However, both sides agree, as do 150 nations, that the historical treasures of the world should be used to back a new financial system that will strive to end poverty and stop environmental destruction. Even the British Royal family and the British Commonwealth are on board now.

The remaining cabal controlled countries, mainly Western Europe and the US, however, are still fighting tooth and nail to prevent this from happening.

Last week this writer, at the request of the White Dragon Society and the Red and Blue went to visit Father William Currie, Dean emeritus of the Jesuit Sophia University in Tokyo, Japan. This writer first met Father Currie more than 30 years ago when he studied at Sophia. Father Currie is a long term colleague of Jesuit “Black Pope” Adolfo Nicholas. Father Currie was asked to get Vatican help to release 7000 trillion yen that are sitting frozen in the accounts of the Bank of Japan.

He was told that Catholic charities could distribute those funds in proportion to the amount of Catholics in the world. That would have meant 10 million yen each (about $120,000) for every Catholic man, woman and child on earth.

He was also told and shown documents proving that 2 billion Asians had a belief system compatible with Christianity and were offering an alliance with the Catholic Church to fight poverty and end environmental destruction.

He refused point blank to even pass on the evidence or request to his colleagues. This made it very clear to this writer that the Catholic Church top hierarchy is more interested in creating a centrally controlled global fascist empire than it is in helping the poor and preserving the environment.

In fact, if you think about it, the Catholic Church, spiritual and temporal heirs to the Roman Empire, murdered Jesus Christ. They then publicly displayed, in effigy, his tortured and murdered body as a warning to other slaves. The last thing the Catholic Church wants is for the Messiah to return because the first thing Christ would do if he returned would be to denounce and then forgive his murderers.

Father Currie was then told that Adolfo Nicholas would become Peter the Roman, the last pope. Even if Catholic hierarchy tries to weasel out of their destiny by appointing someone else, whoever they appoint will be the last pope.

This does not mean that the Christian faith and God that exists in the hearts of most Catholics will end. It merely means that the Satanic gangsters at the top of the church hierarchy, who were never Christian even from the founding days of Christianity, will finally face the wrath of the true creator.

Nor does this mean the White Dragon Society is advocating the destruction of Rome and all its historical treasures as is mentioned in the prophecy of Peter the Roman. It merely means that if the gangsters holding up inside the Vatican (especially the Vatican bank) do not give up, events will escalate inevitably towards their doom.

In a related development, the recently arrested fugitives from the Aum Shinrikyo cult that was responsible for releasing deadly Sarin gas into the Tokyo subway system have fingered Kim Jong Il as the mastermind behind that attack. The trail from Kim Jong Il leads to the Satanic P2 lodge that controls the Vatican.
The wife of Japanese power broker Ichiro Ozawa is also giving testimony that points towards the P2 as being the ultimate source of the order to set off a nuclear and tsunami terror attack against Japan on March 11, 2011.

A recent attempt to poison this writer with a heart attack inducing drug has been detected. The Satanists need to understand the days when they could murder, bribe and lie their way out of trouble have ended. Humanity as a whole will now be motivated by friendship and love, not by terror.

9 thoughts on “It has become impossible for the cabal to hide the truth; they are being defeated”