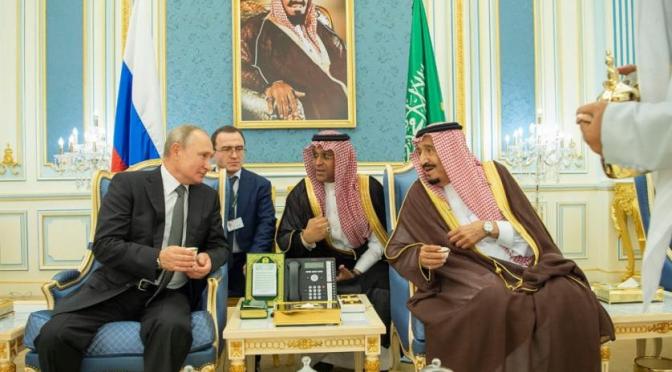 It’s a time that only happens once or twice a century. A new world order is emerging. All previous references disappear. Those who were doomed to grieve triumph, while those who ruled are thrown into hell.

The official statements and interpretations made by journalists clearly no longer correspond to the events that follow one another. Commentators must change their discourse as quickly as possible, overturn it in its entirety or be caught up in the whirlwind of history.

In February 1943, the Soviet victory over the Nazi Reich marked the turnaround of the Second World War. The next steps were inevitable. It was not until the Anglo-American landing in Normandy (June 1944), the Yalta conference (February 1945), the suicide of Chancellor Hitler (February 1945) and finally the surrender of the Reich (8 May 1945) that this new world emerged.

In one year (June 44-May 45), the Great Reich had been replaced by the Soviet-US duopoly. The United Kingdom and France, which were still the world’s two leading powers twelve years earlier, were to witness the decolonization of their empires.

It is a moment like this that we are experiencing today.

Each historical period has its own economic system and builds a political super-structure to protect it. At the end of the Cold War and the break-up of the USSR, President Bush Sr. demobilized one million US soldiers and entrusted the search for prosperity to the bosses of his multinationals.

They formed an alliance with Deng Xiaoping, relocated US jobs to China, which became the world’s workshop. Far from offering prosperity to US citizens, they monopolized their profits, gradually causing the slow disappearance of the Western middle classes. In 2001, they financed the September 11 attacks to impose on the Pentagon the Rumsfeld/Cebrowski strategy of destroying state structures. President Bush Jr. then transformed the “Broader Middle East” into a theatre of “endless war”.

The liberation in one week of a quarter of Syrian territory is not only the victory of President Bashar al-Assad, “the man who had to leave eight years ago”, it marks the failure of the military strategy aimed at establishing the supremacy of financial capitalism. What seemed unimaginable has happened. The world order has changed. Further events are inevitable.

President Vladimir Putin’s very grand reception in Saudi Arabia and the United Arab Emirates testifies to the spectacular turnaround of the Gulf powers, which are now shifting to the Russian side.

The equally spectacular redistribution of cards in Lebanon sanctions the same political failure of financial capitalism. In a dollarized country where there have been no dollars left for a month, where banks are closing their counters and bank withdrawals are limited, anti-corruption demonstrations will not stop the overthrow of the old order.

The convulsions of the old order are spreading. Ecuadorian President Lenín Moreno attributes the popular revolt against the measures imposed by financial capitalism to his predecessor, Rafael Correa, who lives in exile in Belgium, and to a symbol of resistance to this form of human exploitation, Venezuelan President Nicolás Maduro, although they have no influence in his country.

The United Kingdom has already withdrawn its special forces from Syria and is attempting to leave the supranational state of Brussels (European Union). After thinking about preserving the Common Market (Theresa May’s project), it decided to break with the whole of European construction (Boris Johnson’s project).

After the mistakes of Nicolas Sarkozy, François Hollande and Emmanuel Macron, France suddenly lost all credibility and influence. Donald Trump’s United States ceased to be the “indispensable nation”, the “policeman of the world” in the service of financial capitalism, to once again become a great economic power itself.

They are withdrawing their nuclear arsenal from Turkey and are preparing to close the CentCom in Qatar. Russia is recognized by all as the “peacemaker” by assuring the triumph of the international law it had created by convening the “International Peace Conference” in The Hague in 1899, the principles of which have since been trampled underfoot by NATO members.

The International Peace Conference of 1899. It took more than a century to understand its implications.

As the Second World War ended the League of Nations to create the United Nations, this new world is likely to give birth to a new international organization based on the principles of the 1899 Conference of the Russian Tsar Nicholas II and the French Nobel Peace Prize winner, Léon Bourgeois. This will require first dissolving NATO, which will try to survive by enlarging to the Pacific, and the European Union, a refuge state for financial capitalism.

We have to understand what is going on. We are entering a period of transition. Lenin said in 1916 that imperialism was the supreme stage of the form of capitalism that disappeared with the two World Wars and the stock market crisis of 1929.

Today’s world is that of financial capitalism, which is devastating economies one by one for the sole benefit of a few super-rich people. Its supreme stage implied the division of the world into two parts: on the one hand, stable and globalised countries, and on the other hand, regions of the world without states, reduced to being mere reserves of raw materials. This model, contested by President Trump in the United States, the yellow vests in Western Europe or Syria in the Levant, is dying before our eyes.