We have heard the yellow alert, celebrated the green light and are now waiting in much heightened anticipation for the Pentagon Fireworks. The fifty dollar question right now is this: will the US Military rise to the occasion of putting an end to the global dominion of the Nazi Jesuit Cabal?

On the other hand, do we really need the US Military to bring down the Control Matrix and provide the final blow against the Dark Cabal for good?

Can’t we ignite our own fireworks and light up the sky of freedom?

I strongly believe we can.

Canadian Filed Class Suit Against Church, Crown And The Corporation

The biggest criminal conspiracy in history is being confronted this week in a federal court house in Toronto.

On Wednesday July 4, our friend and ally, Jason Bowman of The Association of Citizen Prosecutors (ACP), will be filing the first class action lawsuit in history against the Vatican, the Crown of England, the government and churches of Canada, and pharmaceutical corporations for crimes against humanity and criminal conspiracy.

Anyone who has suffered at the hands of these groups can come forward and join our action.

For instance, for a century doctors and clergy of both the Roman Catholic and United Church of Canada sterilized and experimented on countless aboriginal people – many of them children who died as a result – under agreements with the Crown of England and prominent pharmaceutical companies with ties to the military.

In 1995, when as a west coast United Church clergyman I began to uncover the grisly evidence of such practices as testing drugs for these companies on children at United Church facilities like the R.W. Large Hospital in Bella Bella, B.C., I was targeted for personal and professional destruction by that Church and its friends in government.

Across Canada, there are many such cases of criminal conspiracy to silence the truth and truth tellers. Now, for the first time, there’s a chance for these crimes to be brought to light and those responsible made to publicly account.

That opportunity commences Monday, July 9, when Jason Bowman will argue our application before a Federal Court judge.

Besides the historic “McLibel” lawsuit in England during the 1990’s when two people singlehandedly took on the McDonald’s Corporation, I can’t think of a bigger case of David confronting Goliath in the courts. For in our suit, we are naming the biggest actors in global genocide as having conspired to commit and conceal centuries of pillage, murder and corruption.

Our phones have been flooded already by dozens of people who want to support us and bring forward their own cases, and by media outlets wanting interviews. Clearly, we have struck a chord.

Class Action Lawsuit against Church, State and Big Pharma is given Green Light

History was made yesterday when the Association of Citizen Prosecutors (ACP), headed by Jason Bowman, took the first step towards in exposing Vatican, Crown of England and other parties, and in holding these cartels to account in the Federal Court of Canada.

A Federal Court in Toronto examined Bowman’s materials and essentially outlined the framework by which this unprecedented undertaking shall now proceed in Federal Court.

The result granted leave for a full application to be filed, and still provides the applicants with the opportunity to file additional motions for directions if, and as required.

According to Bowman, who acted on behalf of both the ACP and ITCCS,

“We expected to simply file a motion … Instead, the Court directed that we file not only the ex-parte motion materials, but also our entire Application a full week earlier than we were expecting. Naturally, I was elated.”

A crowd of supporters accompanied Bowman to the Federal Court and were present as the Court’s outline was explained in great detail.

Afterwards, the group held a press conference nearby and was harassed at least one agent provocateur – a ‘blogger’ known as “Greg Renouf”, who tried to incite violence and discredit both Bowman and ITCCS founder and co-applicant Kevin Annett. Renouf has since then posted a derogatory and untruthful you tube posting about the event.

An attempted live stream broadcast of the event was inexplicably disrupted, although blog media activists who were present reported the news extensively on the internet.

None of the “mainstream” media in Toronto attended the press conference. 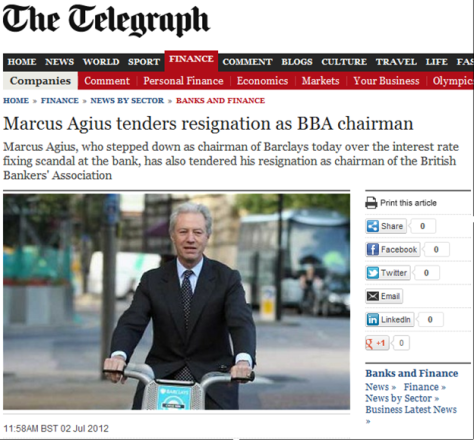 The BBA, the UK banking lobby group that is also responsible for setting Libor, said it was calling a board meeting and will make a further announcement in due course.

Last week the BBA said it was “shocked” by the regulator’s report about the manipulation of Libor. Barclays was fined a record £290m last week for attempting to manipulate the interbank lending rate, Libor, between 2005 and 2009.

Chief City regulator, the Financial Services Authority, said on Monday that Barclays was not an isolated case in the authorities’ investigation of banks rigging a key interbank interest rate.

“I wish I could say this was an isolated case … You will hear more on this in due course,” the FSA’s acting director of enforcement, Tracey McDermott told the watchdog’s annual enforcement conference.

UK Military is Feeling the Crunch Too

Imagine when all the guns of the world are silenced, and the cries of the weak are finally heard. 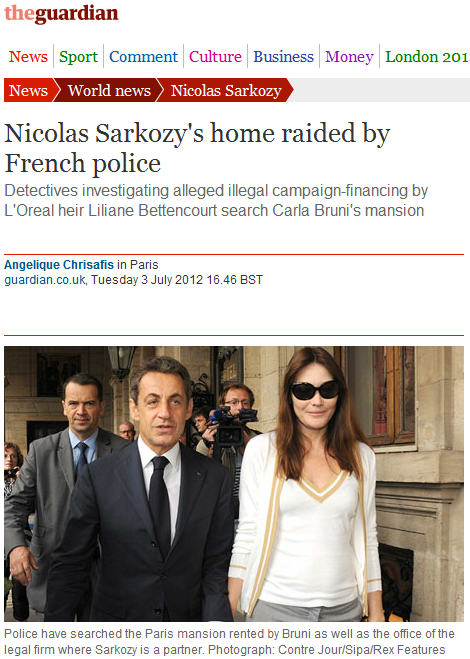 Will the clown below be next?

That’s up to the good people of America.

We the people, the flesh and blood inhabitants, of the several nation states on the continent of North America, known as the united states of America, hereby declare and give Notice to the World herewith that;

We have assembled in our individual states and given Notice that by the authority of jural assembly in each state, having ratified a sovereign constitution for its own governance, declaring its own civil authority of independence, freedom and every power, jurisdiction and right which is not expressly delegated to the united states in honourable Congress assembled, by the will of the people.

We have assembled as a majority of the states with the purpose to return our Nation to its original design according to the true belief and intention of the free people under the Articles of Confederation, the original Constitution for the united states of America, the Declaration of Independence, the Northwest Ordinance, and the Bill of Rights, whereby we are a nation by the people, for the people and of the people. 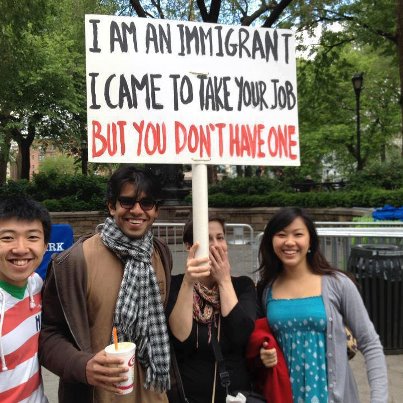 Everybody’s losing their source of income… the only job left is to walk the streets of everywhere..