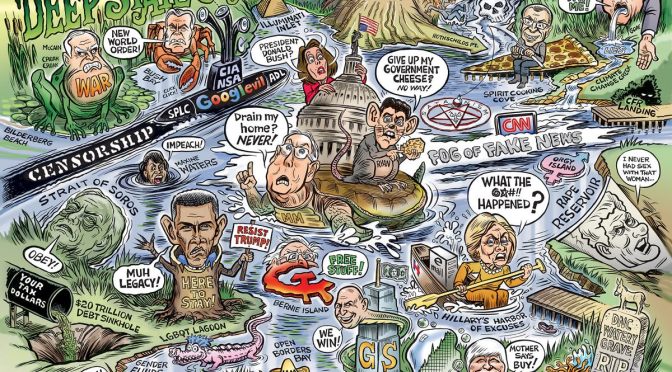 We’ve recently received some files from our friend, John, about what American patriots are doing to stave off the power of the Deep State — as represented by a group calling themselves as the Senior Executive Services [SES], which regularly dictates what both houses of the US Congress should pass into law for the Sheeples to abide by.

Through the activities of the SES within the upper echelons of the government, we can see that the Jesuits need not do these critical routines publicly on their own, giving them ample time to focus more on the “spiritual welfare” of the masses.

Another core component of the Deep State’s power is SERCO. Officially, SERCO claims to be:

Under the radar, however, SERCO controls the US Patent Office, and you already know what that means. It means that, not only is the inherent cognitive ability of the Common Man to improve his lot through creativity and long years of toil figuring out those potential solutions to pressing problems of the day through science and technology is being stunted, or willfully suppressed through extreme measures, but is disadvantageously being exploited solely for the benefit of the Deep State controlled corporations.

Those tens of thousands of proven technologies that the US Patent Office continue to suppress under the guise of protecting “national security” could have rendered the entire system i.e.: political, economic and belief system obsolete, of which all of the SES members and their handlers take their privileged positions and lifestyles from. That is the motivation why they must control science and technology from the get go.

You need not worry though because at the end of the article, we will show how you can generate your own electricity and motive power almost for free, with the least effort possible.

In the meantime, let’s learn more about the SES and SERCO from Aim4Truth.org’s research:

Senior Executive Services and Serco are the people and organizational systems that the British Monarch uses to control America.

Here are a few highlights of what Serco does already in our government. To our friends in other parts of the world, don’t be surprised when you see similar structures in your own country run by the British Monarch through Serco:

Serco goes by many names so always look under the hood in their corporate documents to find its trail back to Queen Lizzie. In America, it operates as Serco Inc. and claims on its website that it “is a leading provider of professional, technology, and management services for the federal government”. Headquartered in Reston, Virginia, Serco Inc. has approximately 10,000 employees, annual revenue of $2.5 billion, and is ranked in the top 35 of the largest federal prime contractors.

Piercing the corporate veil, we find that Serco Inc. is a wholly-owned subsidiary of Serco Group plc, a $7 billion international business that works with government and public services around the world.

Many researchers say that Serco runs the United Kingdom (UK), Canada, and Australia. Serco has over 60,000 people in 35 countries across the world. To our international readers, it is highly doubtful that they are not operating in your country.

Serco is a leading provider of public services of all types. Serco operates internationally across five sectors and four geographies: defense, justice, immigration, transportation, health and human services. Its services are delivered in UK, Europe, North America, Asia Pacific, and the Middle East.

Ninety percent of Serco’s business is with the federal government with 10,000 workers across 45 states. Serco’s experience is in paper pushing, records management, processing applications, processing visas, handling patents with the U.S. Patent and Trademark Office. There are more than 60 million records that Serco handles for the Department of Homeland Security.

Continue reading by clicking on the page links below…

30 thoughts on “The Deep State Swamp Can Be Defeated Right Now, Here’s How”